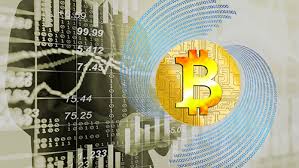 Bitcoin’s value jumped to a new record on Tuesday, a clear indication that the bull market was back in vogue following a month of turmoil.

At current prices, the market value for all bitcoins is more than $57 billion – the highest on record.

While post-fork exuberance shows no signs of fading, traders are reminded that bitcoin’s recent leg up has been accompanied by decreasing volume. In fact, a similar trend has been observed during every leg up from $1,800.

Zooming out to the 1-day Bollinger Band, the market appears to be overbought. A historical analysis reveals that, more often than not, a puncturing of the Bollinger Band in either direction leads to a broad pullback in the market.

The daily RSI also adds credence to the view that the market is approaching overbought territory.

Bitcoin’s surge followed the creation of a spin-off digital currency – Bitcoin Cash (BCH) – last week. The newly minted coin spiked above $700.00 on Aug. 2 before a series of volatile moves dragged prices back toward $200.00.

BCH was back above $300 on Tuesday, having gained more than 27%. Its total market is valued at more than $5 billion.

U.S. cryptocurrency exchange Coinbase has announced that it plans to support BCH as of January 2018. Initially, the exchange said it would not support the new coin, triggering outrage among users and a surge in withdrawals.

A contingency of Coinbase customers also threatened to sue the exchange for not supporting BCH, equating the decision to a brokerage withholding new shares from its investors.

“We are planning to have support for Bitcoin Cash by 1 January 2018, assuming no additional risks emerge during that time,” the leading exchange said on its blog.