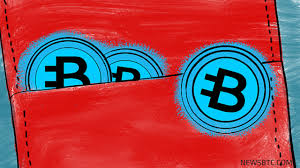 Members of the largest Bytecoin-focused Telegram group were surprised this morning to learn that a large-scale holder is distraught with development efforts and will dump his entire stack within seven days if the development team does not meet some demands.

Going by the name “John Pat” but being clear that he had already levied similar tactics with other coins under the name “Dolan,” he elucidated his demands as follows:

John Pat’s statements are all from a position that believes Bytecoin development team are guilty of numerous crimes against cryptocurrency – guilty until proven innocent, that is. The charges have existed virtually as long as Bytecoin has. CCN first investigated the matter with an interview of a developer.

John Pat went on to say this number:

It’s pertinent to note that Poloniex has recently shut down Bytecoin (BCN) trading, again. This is not the first nor the last time that the exchange has done this, so much so that this author felt the need to start a petition asking them to either give better service or delist the coin such that BCN’s price market can at least properly function. (John Pat’s screenshots are from HitBTC).

“Going Public If They Have Nothing To Hide?”

Satoshi Nakamoto doesn’t have anything to hide, in most of our viewpoints. But there are certainly some people who’d like to talk to them, and these people wield the biggest guns in history. There is a lurking spectre in the cryptocurrency community of the corporatization and repatriation of cryptocurrencies into the gun-enforced fiat system. Ethereum-based ICOs have normalized the notion that development of currencies should be the realm of exclusive “professional groups” instead of public properties. This very spectre was a contributing factor to the long-lasting Bitcoin scaling debate of 2014-2017.

In smaller capitalization markets like Bytecoin, people like John Pat wield a lot of power. Given the unlikelihood of Bytecoin developers coming out of the dark after five years of continuous development, the BCN price may suffer a loss in a week or so, and depending on your disposition, this may be a good or bad thing.

Or, before the commenters point it out, this could just be a scare tactic to initiate a sell-off such that John Pat can further consolidate his already sizable position. It seems we will find out in about a week.