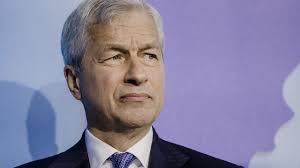 Jamie Dimon is at it again.

Expanding on his recent criticism of bitcoin, the CEO of JPMorgan Chase bank is again out in the media warning “it will end badly” for the tech. In a fresh round of press interviews, Dimon told CNBC he is concerned about a flood of cryptocurrencies – thanks to bitcoin, ethereum and initial coin offerings (ICOs) – and believes governments will soon crackdown on the phenomenon.

Predicting that the scenario will not be pretty, the CEO reportedly stated that authorities will eventually threaten users with imprisonment, forcing the cryptocurrencies onto a black market.

“Right now these crypto things are kind of a novelty. People think they’re kind of neat. But the bigger they get, the more governments are going to close them down,”

Speaking to the Economic Times in India, Dimon added some more detail to his thoughts, this time addressing the idea global governments might issue cryptocurrencies.

“I am talking about the creation of money and value out of thin air,” he continued. “Governments now look at it like it’s a novelty but the bigger it gets the less of a novelty it becomes.”

The new remarks follow a polarizing statement made by Dimon last week, when he openly called bitcoin a “fraud” and that he would fire any employee for trading it. Notably, Dimon is now being accused of spreading false and misleading information in a market complaint by Blockswater, a company in Sweden.