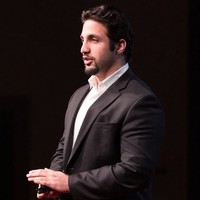 Kyle Samani, a managing partner at Multicoin Capital, a diversified blockchain investment fund, believes hedge funds investing or participating in initial coin offerings (ICOs) as early investors and then cashing out immediately thereafter to drive short-term profits is abusive and an unhealthy practice for the long-term growth of the ICO market.

The vast majority of ICO campaigns include advantages for early investors. Because ICOs impose a minimum and maximum threshold for their token crowd sales, blockchain startups often present discounted rates and merits for investors that purchase their crypto-tokens at an early stage.

One problem with this process is that investors in the latter phase of the ICO are required to purchase crypto-tokens at a significantly higher rate than early investors. Since last year, the incentivization system for early investors by popular ICOs has led to the network congestion of Ethereum, driving average fees to over $5.

For instance in March of 2017, Ethereum co-founder Vitalik Buterin revealed that an investor in the ICO of BAT spent $2,210 as a transaction fee for one payment to receive the advantages and discounts granted to early investors.

“This is a $2220 transaction fee, used to cut in line in BAT ICO. ‘Ethereum average transaction fee $1’ statistics include stuff like this. No moral connotations intended with ‘cut in line’; it just so happens that capped sales degrade into highly wasteful all-pay auctions,” said Buterin.

The mechanism itself has already become a problem in terms of scalability for Ethereum developers and the Ethereum Foundation. But, Samani noted that the involvement of high profile hedge funds in the ICO market creates a pump-and-dump style ecosystem, wherein early investors dump their investments and crypto-tokens immediately after the completion or the closure of the ICO. Such abusive activity inevitably punishes other investors, who were not able to purchase the ICO tokens at a discounted rate and are forced to deal with the decline in market cap of the ICO project they had invested in.

“It’s not healthy for the ecosystem, and it’s pretty abusive. They are getting a discount because they are a big name, and they think it’s going to draw the retail investor. It’s the greater fools theory –- I’ll buy it if there’s someone who’s more of a fool than me,” said Samani.

More to that, many ICOs are allowing large-scale investment firms to participate in a so-called “pre-ICO sale,” which is conducted prior to the actual ICO. During the pre-ICO sale, additional tokens are created and sold to hedge funds or high profile investors at a discounted rate before investors in the distributed ecosystem and the cryptocurrency market can participate.

Such mechanism was demonstrated by the ICO of popular messaging application Kik, in which the pre-ICO sale allowed Blockchain Capital, Pantera Capital and Polychain Capital to purchase kin tokens at a 30 percent discounted rate.

Lucas Nuzzi, A senior analyst at Digital Asset Research, further emphasized that the implementation of an unfair and opaque crowdsale method is evolving into a major problem for the industry. He said:

“This has been a problem in this industry, and one of the reasons why there is an overwhelming amount of low-grade ICOs being launched.”

A similar argument presented by Nuzzi was made by Buterin in his interview with a leading South Korea financial news publication JoongAng, when Buterin explained that many components of ICOs are centralized, including the development of the blockchain network and the ownership of tokens. If the entire purpose of conducting ICOs is to enable a distributed network of investors to freely invest in blockchain projects by purchasing tokens, allowing hedge funds and large-scale investment firms to participate in the investment prior to everyone else creates a centralization issue.

“ICOs are a powerful tool and one that in many cases is an important aid in funding protocol development. In general, open-source protocols are very hard to monetize, and so the fact that in this particular area, we actually do have a way to monetize protocol development is something that we should be thankful for. However, they also have their flaws, and I think many of these flaws arise from the fact that even though the ICOs are happening on a decentralized platform, the ICOs themselves are hardly centralized; they inherently involve many people trusting a single development team with potentially over $200 million of funding,” said Buterin.