Home Cryptocurrency Bitcoin Kosovo to Get First Bitcoin ATM, As Its Central Bank Warns Against... 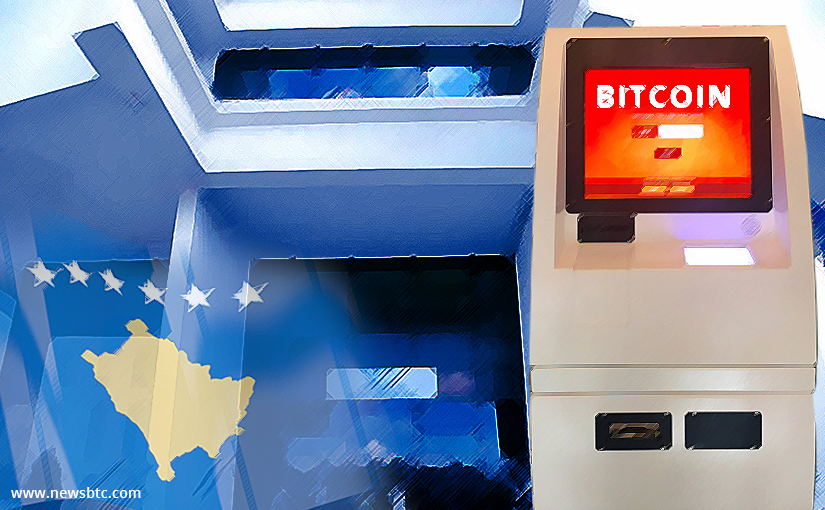 According to a report from Balkan Insight, Kosovo is about to be the next country to have a bitcoin ATM.

IT systems firm Albvision Ltd recently distributed a press release in Kosovo and Albania stating that it is going to place one of these machines in the center of Pristina, the country’s capital.

The move comes as interest in bitcoin is booming in the country. According to Telegrafi, so far, this year Kosovo has imported €800,000 worth of equipmentthat went toward the production and assembly of bitcoin mining rigs.

The bitcoin ATM will initially only work with bitcoin, but support for 10 other cryptocurrencies will then be added. According to Telegrafi, the ATM will support the most popular cryptocurrencies, including Ethereum, Litecoin, and Dogecoin. Albsivion plans on putting bitcoin ATMs in both Albania and Macedonia in the future.

The press release has caught the attention of various organizations and, among them, Kosovo’s central bank, KCB, which warned against the use of cryptocurrencies. The bank pointed out to potential bitcoiners that virtual currencies like bitcoin aren’t regulated in the country.

Furthermore, it stated that, in the Republic of Kosovo, virtual currency users have no reimbursement guarantee if they lose their money. Moreover, Deniz Derralla, the head of the Supervision Department at the Bank of Albania, Albania’s central bank, has in the past stated:

The exchange rate could change very quickly, as it’s an unstable currency with no one responsible for it. Conventional money is emitted by Central banks, while in the case of bitcoin and other virtual ones, there is no institution that takes responsibilities for them.

The Bank of Albania, as recently reported by CCN, had previously warned bitcoin investors that cryptocurrencies weren’t regulated in the country, and that no financial entities – presumably bitcoin exchanges – were licensed to operate in Albania. Moreover, it stated five risks the institution believes the public needs to be made aware of, including volatility, lack of regulations, and potential use in illegal activities.

Even though both Albania and Kosovo’s central banks seem to be against the digital currency, companies like Bitsapphire defended the cryptocurrency against the arguments the financial regulators presented. Valmir Hazeri, COO at Bitsapphire, stated that the risks are over-stated.

The risk is the same; a user can lose money if they do not know how to use it. But this ATM will create possibilities for bitcoin to have more users. The biggest risk is not knowing how to use it.

Valmir Hazeri pushed for cryptocurrency regulations in Kosovo, and even implied that the country could create its own national digital currency, just like China. He stated:

Should work faster on regulating crypto currency by law – and why not even create our own, as Canada or China did?

His company Bitsapphire has had problems in cashing out accepted bitcoin payments. According to reports, the country’s banks don’t accept cryptocurrencies and as such the company turned to international banks. After using these, however, transferring the money to banks in Kosovo was a challenge, as these reject it because it had an anonymous origin.