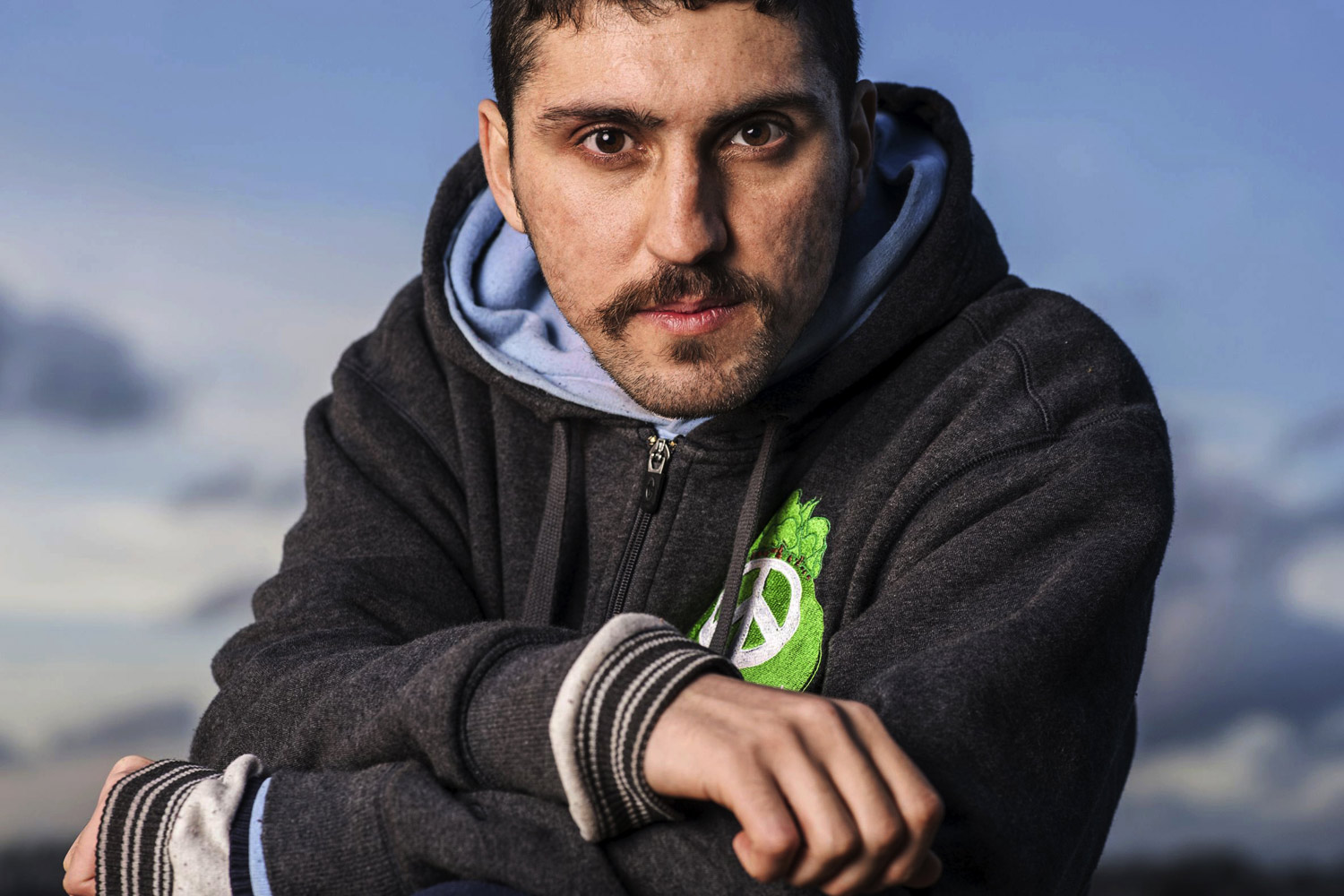 Lugging an AK-47, fighting ISIS in Syria – Amir Taaki has seen some shit.

But, through it all, the hacker – best known for writing crypto code in abandoned London flats and creating one of the earliest dark markets powered by bitcoin – has kept the technology at the forefront of his mind. Now, emerging from his latest chaotic period, he’s promoting the idea that the cryptocurrency needs to be taken back from central banks, governments and other powers that be.

In his first interview about a new unnamed project – which he simply calls “the academy” – Taaki laid out his plan to convert an entire region in northern Syria to a bitcoin-based economy.

While Taaki expects the project to take nearly 20 years to implement, he’s completed the first step, recruiting a team of five “revolutionary hackers,” who he describes as committed to ensuring bitcoin doesn’t fall victim to the same fates as other once-revolutionary technology movements.

“Bitcoin is now in that crucial balance where it can either find itself, like the other technology movements that have come before it, confined to irrelevance, or people can start to gather together to try to really, truly think about, on a social level, what bitcoin is really about.”

The idea for the academy came from Taaki’s months on the front lines, fighting with a group of revolutionaries — the Rojava Kurds — who believe in direct democracy with little to no government. Financially cut off by embargoes against Syria and facing an inflating Syrian lira ($1 is worth over 500 lira), Taaki began to imagine how the cryptocurrency he had previously worked with could be used to connect the Rojava people in entirely new ways.

Following a period he described as being dedicated to study (after his time in the Middle East, he spent about 10 months in England on house arrest), Taaki drew up a two-year plan for an entity based in Greece that was part hacker collective, part social engineering experiment and part school.

Now with a small team assembled to work toward that vision, Taaki said his next step will be to expand it to as many as 20 individuals within the next eight months.

As part of the early stage work, the academy intends to organize a series of educational events to lay the foundation for a “large-scale payment network” powered not by central banks or even the internet, but with a combination of Wi-Fi-enabled ESP 12 modules and counterfeit-proof paper wallets, which he hopes the academy will be able to develop.

But while this might all sound radical, Taaki argues it’s actually the normal, everyday people that are living a lie.

“What’s happened in recent years is technology has lost that big vision that it had before, and it has just sunk into now a lot of people escaping into a kind of dreamworld,” he said. “Bitcoin really comes at the end point, the tail end of that bigger political movement of the hackers, [but] even bitcoin is experiencing a lot of problems with a lack of vision.”

A new kind of business

Core to the academy’s ethos is a synthesis of various existing technology movements, including the free-software movement, the crypto-anarchist movement, the Anonymous movement and the pirate movement.

But while the radical nature of Taaki’s different projects, this one being no exception, could seem anti-business in its calls for individual empowerment, Taaki is actually neither full-on iconoclast nor rabid anti-capitalist.

For instance, crucial to a bitcoin-powered economy is the idea of open-source software, which powers not only all public blockchains, but also most permissioned blockchains too.

He describes business-led contributions made to the open source community, such as IBM’s Fabric and Intel’s Sawtooth – both part of the Hyperledger blockchain consortium now – as “necessary for the success of free software and open source.”

Central banks, though, he does have a beef with.

In fact, Taaki is skeptical that central bank interest in the technology is anything more than a distraction from bitcoin’s potential to empower individuals, but understands they could offer stiff competition for his vision of large-scale adoption and day-to-day use of bitcoin.

“We need to re-situate the economy back to something that’s connected to life and humanity,” he said. “And to people’s personal sense of fulfillment, and bitcoin … is a big tool that we use to challenge the power of central banks.”

While challenging central banks is a ballsy move, Taaki is currently undertaking a roadshow of sorts in search of financial sponsors, partner organizations, more “revolutionary hackers” and an actual location within Greece for his academy.

Most recently, the roadshow took him to a stage at the Breaking Bitcoin conference in France, where he revealed for the first time, what the academy is all about.

During that talk, he said he wants to make bitcoin the “national currency of Rojava,” complete with a series of exchange shops where local bitcoin traders can buy vouchers for any number of products.

The next stop for Taaki is to address the attendees at the M-0 conference in Zug, Switzerland, next month. Hosted by the ethereum-based Melonport asset management platform, the conference is geared toward portfolio managers, investors and lawyers looking to save costs by conducting trades on a blockchain.

For a man who both embraces the power of business to help make his ideas a reality and has in a sense turned his back on traditional finance, such a venue is perhaps both fitting and alien to the programmer.

“It’s not for money that I work,” he emphasized, concluding:

“And the people that I surround myself with as well, they should be driven by working on their ideas, not for material gain in this life – because they want to leave something behind, put their image into the world, their ideas, their spirit.”