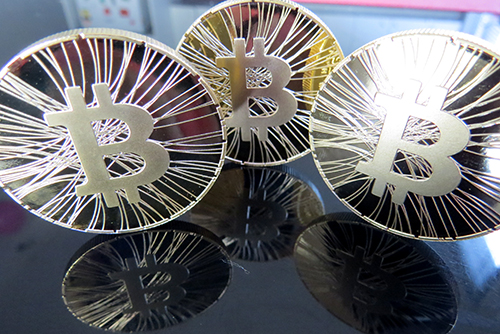 The U.S. Securities and Exchange Commission (SEC) has issued a temporary suspension of First Bitcoin Capital, a publicly-traded bitcoin firm based out of Canada.

According to an SEC statement, the suspension began at 9:30am EDT on August 24 and will last until 11:59am on September 7. First Bitcoin Capital was a publicly-traded corporation (Symbol: BITCF), and its share price had risen more than 6,000% in 2017. At the time trading was suspended, the BITCF share price was $1.79.

Citing the Securities Exchange Act of 1934, the SEC chose to suspend trading due to concerns about First Bitcoin Capital’s assets and capital structure:

The Commission temporarily suspended trading in the securities of BITCF because of concerns regarding the accuracy and adequacy of publicly available information about the company including, among other things, the value of BITCF’s assets and its capital structure. This order was entered pursuant to Section 12(k) of the Exchange Act.

According to the company website, First Bitcoin Capital is involved in several different cryptocurrency projects, including a mining group, a bitcoin ATM and check cashing service designed for cannabis dispensaries, and a bitcoin exchange. However, several of the project websites contain nothing except for a contact form.

Following news of the SEC suspension, Bronstein, Gerwitz & Grossman, LLC–a corporate litigation boutique with locations in New York, New Jersey, and Los Angeles–released a shareholder alert announcing an investigation in to potential claims on behalf of purchasers of BITCF shares. According to the announcement, the law firm specializes in the “aggressive pursuit” of class action security litigation and securities arbitration.

First Bitcoin Capital did not immediately respond to CCN’s request for comment.

The cryptocurrency ecosystem has come under increasing scrutiny from the SEC in recent months. In July, the SEC released an investigative report concluding that DAO tokens constituted a security, and that, by extension, “U.S. securities laws may apply to offers, sales, and trading of interests in virtual organizations.” For this reason, Filecoin restricted its record-setting initial coin offering (ICO) to accredited investors. Other ICOs have attempted to skirt securities regulations by prohibiting U.S. investors from participating. However, most investors are savvy enough to use a VPN to bypass IP restrictions, and it is not clear whether IP blocking is enough to constitute regulatory compliance.