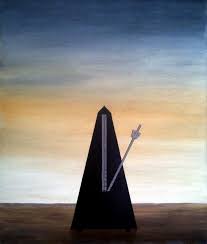 On Tuesday, Bloq — a crypto firm co-founded by SegWit2x developer Jeff Garzik — announced that it is developing Metronome, a cross-blockchain cryptocurrency that will be distributed through a December initial coin offering (ICO).

Garzik says that, among other things, Metronome addresses “existential threats, from forks” and “developer drama” because its smart contracts ecosystem will allow users to make transactions across blockchains and retain the value of their holdings even if an underlying blockchain is compromised.

The announcement comes less than one month before the scheduled date for the SegWit2x hard fork, a Bitcoin protocol “upgrade” that is the subject of contentious debate within the cryptocurrency community. Unsurprisingly, SegWit2x opponents had much to say about Metronome — and the timing of its release.

OpenBazaar project lead Brian Hoffman — a former SegWit2x proponent who still supports on-chain scaling — commented that it was “kind of odd” for Garzik to announce an ICO right before SegWit2x is scheduled to activate. “I’ll take stupid times to launch a new coin for $500, Alex” he tweeted.

So everyone pushing for a hard-fork to mess up #Bitcoin, is now shilling for an ICO that combats forks… We’ve just reached #PeakScam. https://twitter.com/exiledsurfer/status/922829331063328768 …

Core developer Peter Todd levied a similar criticism, dryly commenting that “Creating [SegWit2x] then launching an ICO whose value claim is in part dealing with forks, is probably not what my lawyer would advise.”

E-Corp CEO — a parody account that compares SegWit2x to ECoin, the fictional, centralized digital currency from the USA Network drama Mr. Robot — expressed his disapproval at Garzik for deciding “to focus on his own centralized coin instead of finishing what he started at ECoin”.

“If you want more money, we can pay more,” E-Corp offered, advising him against holding an ICO.

But perhaps the most humorous tweet came from Garzik himself — three years ago, long before anyone believed ICOs would become a major source of fundraising that could attract more than $3 billion worth of contributions in a single year.