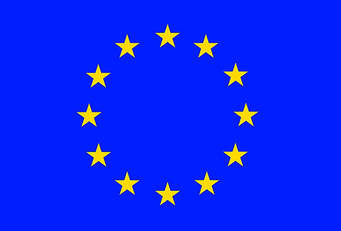 Seven EU member nations have come together to promote the use of blockchain tech to boost government services and economic well-being.

The southern European states – France, Italy, Spain, Malta, Cyprus, Portugal and Spain – signed a joint declaration on Tuesday to promote the adoption of blockchain in the region in order to “transform” their economies. They further committed to collaborating on development of the technology in order to become “a leading region in this sector.”

The declaration was signed in Brussels, Belgium, on Dec. 4.

Blockchain can be a “game changer” in increasing the efficiency and transparency of government services, from education and healthcare to transport and customs, the group said in the document. It can further enhance services for citizens, bringing ” accountability and privacy for the end-users.”

“This can result not only in the enhancement of e-government services but also increased transparency and reduced administrative burdens, better customs collection and better access to public information” the declaration states.

It further addresses future regulation in the economic bloc, saying:

“We believe that any legislation on Distributed Ledger Technologies should take into account the decentralized nature of such technology and should be based on European fundamental principles and technological neutrality. It should also allow innovation and experimentations in order for the public and private sector to better understand the Distributed Ledger Technologies and to develop usecases”

Silvio Schembri, Malta’s parliamentary secretary for digital economy, financial services and innovation, tweeted on Tuesday, stating he is “proud” to see Malta, the smallest nation in the EU, taking a “leading role” on blockchain cooperation.
‏
Malta has already taken several initiatives toward becoming a self-titled “Blockchain Island.” Back in June, the nation’s parliament passed three cryptocurrency and blockchain related bills, and have since been attracting notable crypto businesses to set up shop.

While the EU has not yet moved to regulate blockchain technology across the region, it has launched initiatives aimed to investigate and trial the tech.

Most recently, in late November, the European Commission announced the launch of a new blockchain association with five major banks on board, including Spain’s BBVA. That initiative is aimed to develop guidelines and protocols for the blockchain industry, as well as to promote the EU’s blockchain standards internationally.