Nearly a year ago, I gave a generalized explanation of how some token sales might violate federal securities laws in the U.S. I also gave some tips on how to build a token and network that would avoid security status.

Unfortunately, many token sellers have continued selling tokens to the public prior to developing the network’s actual functionality in what I’ve taken to calling a “direct presale.” Many commentators, myself included, have found the “direct presale” model to be a blunt and risky strategy. I warned against it at the end of my October 2016 op-ed.

Now the U.S. Securities and Exchange Commission (SEC) has fired its shot across the bow of the industry in the DAO Report, and other countries have imposed outright bans.

In this Part 2, I propose an alternative: a comprehensive transaction framework that could significantly reduce the risk of the token seller running afoul of the securities laws. We’ve been working on developing this structure with a few different participants in the industry, including investors, issuers and developers. A few of our clients are already testing it in the wild.

We didn’t invent the SAFT. It was being used in an unexamined way by token sellers before we started suggesting it. It’s high time someone looked under the hood, though, and examined whether it actually, you know, works.

At a high level, the SAFT looks like this:

Compare this two-step process to the direct presale, where developers sell a pre-functional token directly to the public for immediate delivery or for delivery at some date in the future.

The developers raise millions of public dollars, and use that money to develop the network protocol to functionality. The public takes on all the risk that the project fails, and does so without the benefit of standard disclosure principles, fiduciary duties, heightened antifraud standards or accreditation requirements.

I remain a supporter of the token sale in general, but the direct presale is troubling for at least a few reasons. To keep with the theme of Part 1 of this series, I’ll focus on one reason: a direct presale could be considered the sale of a security to the public without a registration statement or exemption in place. That’s illegal in the U.S.

I think the SAFT framework addresses this concern elegantly. The SAFT is a written document (available as an exhibit to this white paper here) that looks like a SAFE, and, like a SAFE, the SAFT is a security. At least we think it has a very good chance of being considered a security – and the parties fully intend for it to be one.

We aren’t trying to avoid the securities laws here. We’re trying to use them.

Because the SAFT is a security, the developers treat it like one. That is to say, they follow the securities laws when they sell it: they file the requisite form with the SEC, they accredit their investors (if required) and they might even circulate a private placement memorandum.

The investors send their purchase money (in dollars, ether, bitcoin, etc.) to the developers. In exchange, the developers sign a SAFT and work over the next few months or years to develop the network into something genuinely functional.

The most common criticism to this approach goes something like this: “OK, the SAFT is a security. You’ve followed the securities laws there. But once the developers sell the tokens to the public, plenty of purchasers will buy them just to speculate by trading on an exchange! Isn’t that a security as well?”

Well, probably not. Remember, just buying something to resell it for a profit on a secondary market doesn’t make the thing a security – not even if all of the other prongs of the Howey test are satisfied. The question is: Where can the buyer reasonably expect that secondary market value appreciation to come from?

For example, when someone buys gold or sugar rights as an investment product (i.e. just to resell it on an open market), that person expects profits, but that profit isn’t from the effort of any particular third party. It’s from the great variety of market factors affecting supply and demand for gold or sugar.

The price of a functioning token is similarly determined. The value of a functioning token being put to its intended use will be determined by a great variety of global supply-and-demand forces. For a pre-functional token, though, the buyer should expect one force to predominate the others: the efforts of the developer who has promised to imbue the token with functionality.

Thus, the “efforts of others” prong of Howey can be satisfied relatively easily by a pre-functional token.

Once functional, the efforts of the developers will no doubt still figure into the value of the token on secondary markets, but it would be difficult to say that protocol upgrades could be the “undeniably significant,” “essential efforts” (both Howey requirements) that typically cause the price to move.

Indeed, in most cases it might be difficult to say that the price move was caused by any “efforts” at all. For functional tokens, price moves can be caused by any number of forces affecting supply and demand. To use examples from the SAFT Project white paper: A token acting as a medium of exchange on a decentralized market for graphics processing power (I’m making this one up) could fluctuate with the release of a hit video game franchise or the availability of rare earth elements used in graphics card processing.

A token acting as a simple coupon for a free box of razor blades (making this one up, too) could fluctuate with the price of steel, or even the popularity of beards in a target market. To be sure, the token sellers’ managerial efforts in updating the network will factor into the price, but will it predominate all the other forces? For an already-functional token, not often.

In a SAFT transaction, the relatively heavyweight securities laws apply at the early stages, when the whole project could fail and they’re most needed.

Recall that the SAFT is a security, so anti-fraud provisions, accredited investor requirements and the like apply to the transaction. The more manageable consumer protection laws apply once the network is functional and, at minimum, buyers expect the network to function.

That said, there are plenty of limitations on the flexibility of the SAFT framework. For example, the SAFT:

Even understanding the limitations, the SAFT isn’t quite ready to serve as a market standard. For one thing, the analysis we’ve done is limited to U.S. law. Another reason is that the commercial terms of the SAFT are bare-bones and basic.

For these and other reasons, we’ve launched the SAFT Project. It’s meant to be a forum for discussion and sharing ideas around the SAFT framework. Our door is open for suggestions and criticisms.

In Part 3 of this series, I intend to discuss some SAFT best practices, including tax management strategies and the kinds of tokens that are most compatible with the SAFT framework. 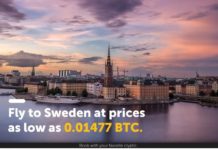 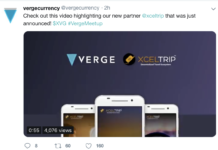 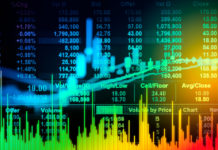 Top 10 Cryptocurrencies to invest in 2019