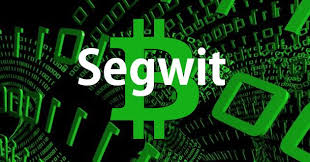 In particular, Stark noted that Lightning, a two-layer micropayments solutions which was in development for several years, will finally become implemented by bitcoin applications and platforms with SegWit in place. The lightning development team also announced that bitcoin-to-Litecoin cross-chain swaps will be made possible through SegWit, since both blockchain networks already have SegWit enabled.

Lee further emphasized that Litecoin will also test Lightning in its SegWit-enabled mainnet, which will ease the process of testing cross-network swaps in the near future.

“I’m working with [Litecoin Foundation Directors] Xinxi Wang and Franklyn Richards today to test out Lightning on Litecoin mainnet. Any real litecoins lost will be worth it,” said Lee.

In addition to the deployment of infrastructure necessary for two-layer solutions such as Lightning and TumbleBit, with SegWit finally live in the bitcoin network, bitcoin hardware wallets and other platforms will see tightened security measures in processing transactions. Previously, Blockstack co-founder Ryan Shea explained that scalability is one of many benefits SegWit provides and described it as a “Swiss Army Knife” of a solution.

“Anyway, ‘Segregated Witness’ or ’SegWit’ is a Swiss army knife in terms of benefits. It leads to improvements on so many levels it’s actually surprising. It’s really, really good. So good that it’s worth listing out all of the benefits,’ notedShea. Some of the many benefits revealed by Shea include optimization of signature hashing for linear scalability, safer ecosystem for hardware wallets, enhanced upgradeability, and bandwidth reductions for nodes.

Two benefits In terms of scaling, which the vast majority of the community have anticipated in SegWit, include immediate optimization of bitcoin blocks and linear scalability provided by efficient hashing. However, because SegWit was expected to optimize bitcoin blocks by 75 percent, bitcoin and cryptocurrency communities were expecting a significant decline in transaction fees. Yet, after SegWit, transaction fees actually increased.

There are several theories that can explain the recent surge in mempool size and transaction fees. Prominent analysts including Alistair Milne and WhalePanda pointed toward spam attacks, suggesting that politically motivated groups have started to target bitcoin network with small spam transactions in order to clog the network.

“This kind of petty trolling will do nothing to improve 2x support, and likely have the opposite effect,” said Milne in regard to the potential spam attacks.

If it is in fact spam attacks, the bitcoin mempool will likely settle down in the next few weeks and bitcoin transaction fees will decrease below the $1 region.

“What I underestimated was the power of the individual. All of these events that affected the last 8 months in Bitcoin truly speak to the power of determined people in the Bitcoin ecosystem. Whether you think of these events as good or bad, it’s undeniable that people with ideas that work hard can make things happen in Bitcoin,” said Song.