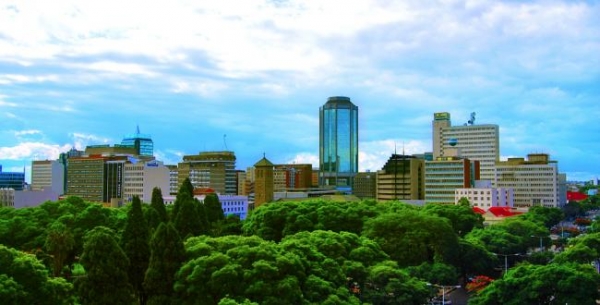 According to TheNational.ae, bitcoin adoption in Zimbabwe is seemingly skyrocketing as the country’s economic situation looks bleak. So much so, that one bitcoin is trading at nearly $10,000 on the Golix.io exchange, while the global average is, at press time, of $5,642.00.

According to a local trader, bitcoin isn’t just being bought by individuals, but by businesses with bills to pay. The country adopted the U.S. dollar back in 2009 as its fiat currency, as the Zimbabwean dollar had lost nearly all its value.

At press time, LocalBitcoins Zimbabwe has people buying bitcoin at the global average, and some buying the cryptocurrency for cash for well over $10,000 in the country’s capital. Bitcoin, as every bitcoiner would expect, is helping people in the country survive times of economic uncertainty, as Zimbabwe has been embroiled in a crisis for years.

Why Bitcoin Is So Valuable in Zimbabwe

In the early 2000s, according to the publication, Zimbabwe’s president, Robert Mugabe, encouraged citizens to invade commercial farms mostly owned by UK descendants. Following these invasions, the country’s agriculture collapsed, which led to the Zimbabwe Reserve Bank to run out of money.

In the mid-2000s, the bank decided to print Zimbabwean dollars to pay the army, civil servants, and police. The mass printing of dollars, as one would expect, led to hyperinflation to the point in which a customer walked into a store to buy bread, only to find its price had tripled once he arrived – if it was even available.

The problem got so bad, people carried around piles of valueless cash, and soon started hoarding goods to use as a medium of exchange. Then in 2009 Mugabe gave in and replaced the Zimbabwean dollar for the U.S. dollar to get rid of hyperinflation.

It worked and prices stabilized, but since the Zimbabwe Reserve Bank can’t print U.S. dollars, the country now imports them to get them onto the financial system. Speaking to a local publication, the reserve bank’s governor John Mangudya stated:

Then, with nationalization intents, exports started collapsing and now, according to Bloomberg, banks ration dollars to as little as $20 per person, regardless of how much each individual has in its bank account. Some even sleep outside banks to guarantee notes won’t run out before they get them.

The country’s central bank, to fix the problem, started issuing so-called bond notes that supposedly have the same value as the U.S. dollar. Most don’t fall for that, as foreign suppliers reportedly refuse to accept them, and some businesses charge premiums of up to 50% to accept them.

According to economist Vince Musewe the problem in Zimbabwe today isn’t the lack of goods to purchase, but the lack of money to do it with – exactly the opposite of what it was when the country’s crisis initially started. He stated:

“Then, there was plenty of cash money, but no goods in the shops. Now, there are goods on the shelves but no money to buy them with.”

To escape the country’s crisis, Zimbabweans are now turning to a currency that won’t fail them like fiat currencies did: bitcoin.