Misleading Twitter account @bitcoin, which is said to be owned, or at least controlled by Roger Ver,  Bitcoin Cash enthusiast has today been suspended. – UPDATE: It now looks like the @bitcoin tag is up for grabs, with many different profile changes throughout the day. 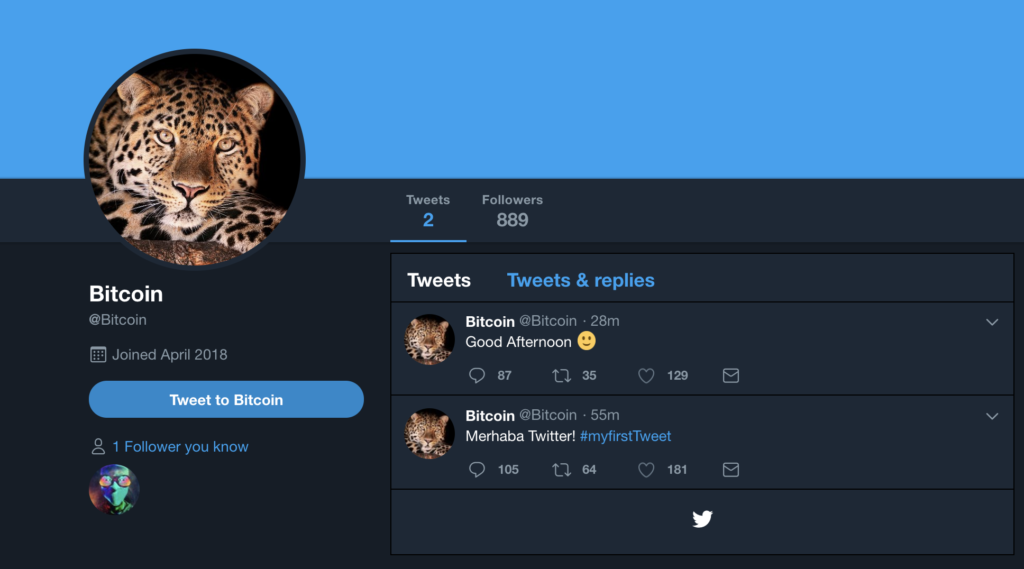 Bitcoinist.com had this to say…
“At press time, Bitcoin Cash (BCH) is currently trading at $647.11, while continuing to lose ground when compared to Bitcoin (BTC). Bitcoin Cash’s decrease in price is largely being driven by its lack of utility, with increased SegWit adoption and Lightning Network advancements rendering BCH increasingly unimportant.

It is believed that many are not happy with the continued impersonations of Bitcoin and it seems Twitter agrees. Admittedly, it does seem very odd that another coin entirely is able to purchase and control the official Twitter account of @bitcoin and spread FUD about Bitcoin through their posts.

What are your thoughts on this? Leave us a comment bellow!