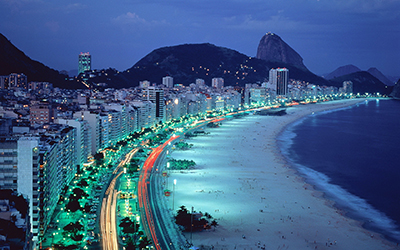 The Brazilian Ministry of Planning, Budget and Management has partnered with Microsoft and Ethereum-focused startup ConsenSys to conduct a pilot run of a Blockchain-based identity application.

The ministry aims to use the app to verify the legitimacy of personal documents.

The project will leverage the technology supplied by ConsenSys affiliate uPort, which is a “self-sovereign” identity system that is built on the digital currency Ethereum. The system enables its users to have access and control over their own data.

According to the ministry’s head of information technology, Adriane Medeiros Melo, the pilot project is intended to test potential applications of Blockchain technologies. Melo also hopes that it will “create a new trust model between the government and the public.”

Mission of the ministry

The ministry was established in 1962 with a mission to coordinate the management of the federal government’s policies and budget. The project to pilot the use of Blockchain technology and digital currency is well within its mandate.

The ministry’s Blockchain initiative is just one of the various projects to study the use of the technology for record-keeping purposes around the world as of August 2017.

In the US, the Department of Homeland Security (DHS) has awarded a grant to Blockchain startup Evernym for the development of Blockchain key management solutions. The grant was provided by the DHS’ Small Business Innovation Program (SBIR).

In Great Britain, the non-departmental government agency Innovate UK has launched a competition aimed at Blockchain startup companies. The goal of the competition is to select companies for the agency will fund. The ultimate objective is to advance digital health projects that use technologies like artificial intelligence (AI), Blockchain, and the Internet of Things (IoT).