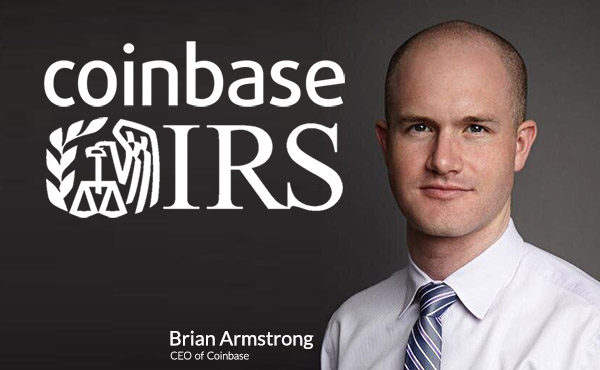 After months of deliberation, the Internal Revenue Service (IRS) has decided to no longer seek for the passwords and security settings of Coinbase account holders.

“Suffice to say, we feel the IRS’s subpoena is overly broad and incorrectly implies that all users of virtual currency are evading taxes. Asking for detailed transaction information on so many people, simply for using digital currency, is a violation of their privacy, and is not the best way for us to accomplish our mutual objective.”

He also noted that engaging in a legal conflict with the IRS will likely incur a legal cost of between $100,000 to $1 million. Even for a billion dollar company like Coinbase, which already has allocated most of its expenses in being compliant in the US–New York’s Bitlicense for instance costed large-scale companies such as Bitstamp and Coinbase over $100,000–a million dollar legal expense is excessive.

Yet, Armstrong promised its worthy customers that the company will continue to talk to the IRS and engage in legal conflicts if necessary in order to protect the rights and privacy of its users.

“We will likely incur a legal cost of between $100,000 and $1,000,000 in the process of defending our customers from this overly broad subpoena; funds which could be put to better use building innovative products or hiring more employees. This heavy handed approach by the IRS punishes one of the good guys,” said Armstrong.

Nearly 6 months after the release of Armstrong’s blog post, IRS officially announced that it will scale back its request and will not demand Coinbase to disclose financial information of millions of accounts.

Various sources also revealed that anonymous bitcoin users on Coinbase launched a lawsuit against the IRS for its unjust request.

The Recorder, a media company that focuses on providing analysis and reports for tech-focused legal professionals, reported:

“DOJ trial attorney Amy Matchison said at a court hearing before U.S. Magistrate Judge Jacqueline Scott Corley Thursday that the IRS has been in talks with Coinbase about narrowing its request to only items the agency would need to look for unreported income.”

At the moment, Coinbase is also actively investigating into methods that would allow customers and users to better disclose their earnings for tax purposes and in that area, Coinbase is collaborating with the IRS and other organizations.