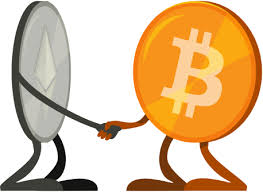 Digital currency Ethereum climbed to a two-month high on Monday, taking some of the heat off Bitcoin and Bitcoin Cash, which have slumped since the weekend.

Concerns over Bitcoin created a favourable tailwind for Ethereum (ETH/USD), which is the world’s No. 2 digital currency by total assets. Ether’s price topped $340.00 on Monday and later settled at $323.54. That was the highest since June 20.

The ETH/USD was last down 2.2% at $315.02, according to Bitfinex. Prices are due for a brisk recovery, based on the daily momentum indicators.

Bitcoin and its offshoot, Bitcoin Cash, retreated on Monday following a volatile weekend. The BTC/USD slumped at the start of the week and was down more than 3% on Tuesday, with prices falling below $3,900.00. Just last week, Bitcoin was trading at new records near $4,500.00.

Bitcoin Cash, which emerged after the Aug. 1 hard fork, climbed to new records on Saturday, but has been in free-fall ever since. The BTH was down another 20% on Tuesday to $594.49, according to CoinMarketCap. Its total market value has dropped by several billion over the past two days.

Analysts say that a “fractured” Bitcoin community has made Ethereum a more attractive bet this week. The ether token has shown remarkable poise over the past seven days, despite trading well shy of a new record.

Other drivers behind Ethereum’s advance are steady demand from South Korean investors and growing confidence in a smooth upgrade for the the ETH network. The upgrade, which has been dubbed “Metropolis,” is expected in the next several weeks. Its key benefits include tighter transaction privacy and greater efficiency.

Fin-tech developer Enigma was on the receiving end of a cyber-heist on Monday after hackers took over the company’s website, mailing list and instant messaging platforms. The hack occurred three weeks before Enigma’s planned Initial Coin Offering (ICO) for September 11.

In addition to defacing the company’s website, the hackers pushed a special “pre-sale” ahead of the ICO. While many users realized it was a scam, 1,492 ether tokens – valued at $495,000 – were directed into the hackers’ cryptocurrency wallet by unsuspecting backers.

The irony in all this is that Engima is a cryptography company that prides itself on top-notch security protocols. The company issued a statement that its servers had not been compromised. 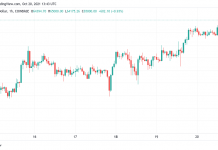