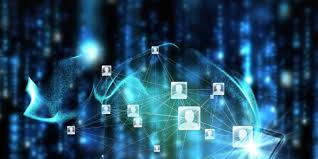 A test network has been deployed for the Raiden project, a proposed scaling solution for ethereum designed to allow faster payments and lower fees.

Revealed on the Raiden GitHub page yesterday, the testnet is a major milestone for the project, one that will lead to the next phase of development before the code is ready to launch on the live ethereum network.

As with bitcoin, scaling is becoming an issue for the number two cryptocurrency by market capitalization. As more users make more transactions, the amount of traffic has the potential to slow up the network. Compounding the issue is that many ICO tokens are being launched on top of ethereum, bringing in sudden floods of traffic as sales take place.

Raiden – which has been in discussion since 2015  – is one part of ethereum’s solution to that problem. Inspired by bitcoin’s Lightning Network, the technology would shift the majority of transactions off of the ethereum blockchain to create an alternate network of peer-to-peer payment channels.

As previously reported by CoinDesk, the network is intended to massively increase transaction speeds, potentially enabling over a million transactions per second.

Raiden also accommodates the exchange of tokens and features an API to facilitate interactions with decentralized applications.

Reactions to the news of the testnet on Reddit were generally positive, though some raised the specter of centralization, with Raiden being likely to operate via payment hubs. Others responded that institutions are most likely to require the transaction throughput of off-chain payments, and that most private transactions would remain on-chain.