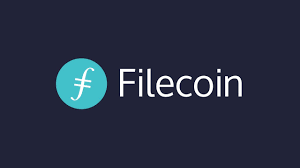 San Francisco-based startup Protocol Labs has sold $52 million in a token pre-sale ahead of an initial coin offering launch next week.

Notable backers of the Filecoin pre-sale include Union Square Ventures and Sequoia Capital, according to a representative of the startup. The Wall Street Journal covered the pre-sale earlier today, and in a tweet, reporter Yuliya Chernova said that Winklevoss Capital, Digital Currency Group and Y Combinator president Sam Altman also took part.

The startup did not immediately respond to a request for additional information about the pre-sale’s backers.

Filecoin is a blockchain-based data storage network with its own built-in cryptocurrency. The idea is that users can effectively offer some of their excess storage capacity for sale, and receive payment in the form of filecoins.

Next week’s sale is limited to accredited investors, who can participate via a platform called CoinList, which was developed by Protocol Labs and startup investment platform AngelList.

The platform’s stated aim is to serve as a platform for regulation-compliant ICOs, incorporating an issuance framework called the Simple Agreement for Future Tokens, or SAFT.

The sale comes amid growing interest – and participation – in token sales. According to data from CoinDesk’s ICO Tracker, more than $1.6 billion has been raised through ICOs between 2014 and 2017.