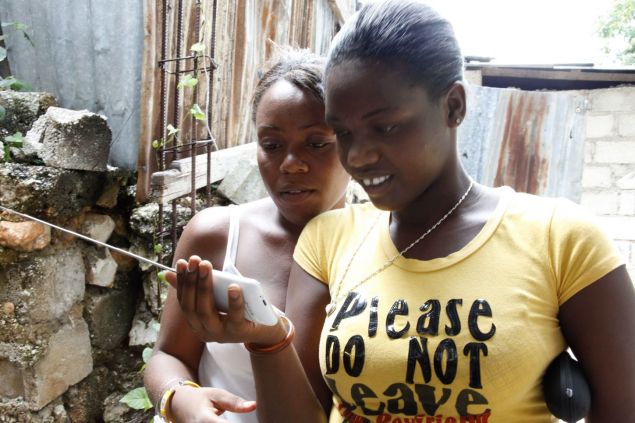 Achieving financial inclusion or inclusive financing has been a daunting task in major parts of the world. The World Bank Group, the International Telecommunication Union (ITU) and the Committee on Payments and Market Infrastructures (CPMI), with support from the Bill & Melinda Gates Foundation, recently launched a program that will accelerate digital financial inclusion in developing countries.

The three model countries selected for the program are China, Egypt and Mexico.

They will receive assistance that will contribute to improving legal and regulatory frameworks, financial markets and ICT infrastructure for financial access and inclusion. Improvement will also be made to their financial product design, financial literacy and awareness, diversified access points and large-volume recurring payment streams.

Monetha, for example, holds an argument that merchants in poor countries can be provided with an efficient payments processor so they can build an online reputation.

It can enable an African merchant who is selling great goods to build a reputation online without giving away a lot of his revenue to marketplaces like Amazon, Alibaba or others.

It’s Co-Founder, Justas Pikelis, maintains that the Blockchain-based payment solution will afford a small/medium sized merchant in Africa trying to sell goods to the global world. For example, an alternative to “Alibaba” or other centralized marketplaces while still being trusted at the same time.

“Moreover, if you decide to start selling goods on “Amazon,” there is no way you can transfer the trust that you have built on “Alibaba.” With Monetha, this small/medium merchant will not only be able to accept payments with Monetha payment processor but also build his universal trust rating while paying only a fraction of a cost compared with centralized marketplaces and existing payment processors. This helps to level out the competitive landscape and let the merchant have a good reputation whether you would be a merchant from New York or Nairobi,” Pikelis says via email.

With its ICO slated for later this month, the Monetha platform lets an African merchant who has built his reputation on Alibaba over a five-year period, and has collected more than 10,000 reviews with a great rating, to export his rating to another marketplace in the event of any unfavourable situation like the “race to the bottom” (in which whoever provides the lowest price wins). By so doing, the merchant won’t have to do the five-year work all over again but will rather continue to sell and maintain his reputation without any recourse to disrupt his earning flow.

“This is the tool that will help African merchants sell the goods that they are well-known for: jewelry, art pieces, precious stones etc. while having a reputation online and attracting a global market,” Pikelis adds.

Monetha recently brought on board a former PayPal executive, Eric Duprat, to its team alongside Robertas Visinskis who managed the Mysterium Network’s ICO which raised 15 mln in under 45 minutes.

Another Blockchain-powered platform working to tear down barriers to making simple financial transactions for people who have not been offered services by traditional financial players is Humaniq. The platform last month launched its financial inclusion Android based mobile application that uses biometric technology and the Ethereum Blockchain as part of the roll out defined by its white paper and a global campaign targeting pilot countries.

Its executive team explains that the app works in a way to target a segment of emerging markets that has two bln individuals who cannot access the current financial systems.

With a series of pilots starting in Ghana and expanding to other parts of West Africa, the Humaniq LITE app will start by offering unbanked persons in, let’s say Ghana, with mobile payments, a chat functionality and a wallet that will offer HMQ token with local fiat geolocation.

Its main features include bio identification, chat system, contacts (referral) system and a wallet system. It allows a user to send funds and to request funds in by selecting a user from the contact book, by scanning a QR code or by entering a phone number.

The Humaniq app offers a simple interface with little text and the option of voice control so that it is widely accessible even by people who cannot read and write. It requires a 10MB download, conscious that data for smartphones can cost at least a third of a minimum monthly wage in emergent countries.