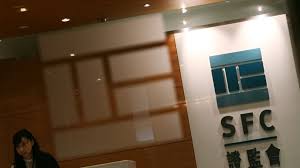 Hong Kong’s chief financial regulator has, in an official statement, announced that digital tokens offered in an initial coin offering (ICO) sale may be deemed as securities.

In an official announcement by the Securities and Futures Commission of Hong Kong, the regulator said it had “noticed an increase in the use of initial coin offerings to raise funds in Hong Kong and elsewhere.” Adding to the statement was SFC executive director of intermediaries Julia Leung, who expressed the regulator’s “concern” in the rise of ICOs. In underlining the sentiment, she further added that parties involved in an ICO “need to be aware” that some ICO protocols may be subject to securities laws in Hong Kong.

An excerpt from the statement read:

Whilst digital tokens offered in typical ICOs are usually characterized as a “virtual commodity”, the SFC has observed more recently that certain ICOs have terms and features that may mean they are “securities.”

The SFC also added that “dealing in or advising on such digital tokens, or managing or marketing a fund investing in them may constitute a regulated activity.” As a result, any parties engaging in ICO activities in Hong Kong would be required to be registered or licensed with the SFC “irrespective of where they are located.”

The Hong Kong regulator’s statement comes within a day of China’s ban on all ICOs, a move which saw the Chinese central bank demand all ICO-related investments to be returned to customers.

Elsewhere, Singapore’s central bank issued a consumer advisory urging investors to be mindful of risks while investing in initial coin offerings (ICOs) last month. Earlier in June, the United States SEC opined that digital token sales through ICOs must be regulated. A week ago, the US SEC also issued an investor alert warning the public of companies using ICOs to manipulate their stock prices.