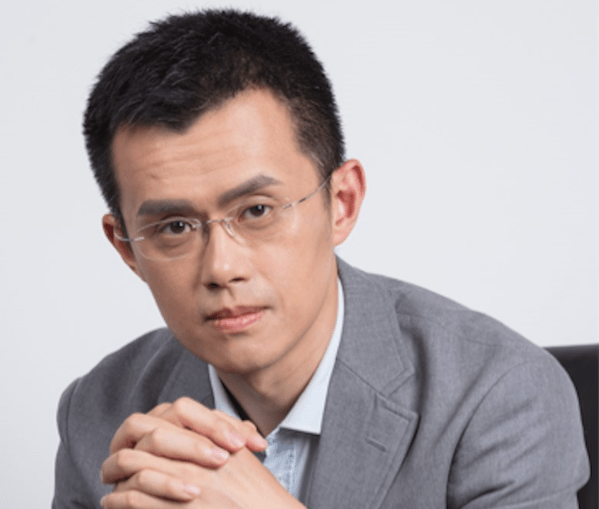 Cryptocurrency exchange Binance, which launched with 0% trading fees in an attempt to heat up competition among exchanges, recently announces its Q1 results and revealed that, as planned in its whitepaper, it burned 986,000 Binance Coins (BNB), worth about $1.5 million. These, the exchange revealed, equaled 20% of its profits.

The exchange’s whitepaper details that it will buy back 50% of its total token supply, which equals 100 million BNB tokens, further improving their value. On a LindkedIn post, the company’s CEO Changpeng Zhao further detailed that this means the company made $7.5 million worth of profit in its first few months, and compared it to the $15 million it raised during its ICO.

In the post, Zhao added that it wasn’t easy for Binance to make it in its first few months, as it immediately had to deal with one of biggest turns in cryptocurrency history: China’s crackdown. CCN covered that the company had to delist tokens, issue refunds on ICOs, and block Chinese access.

He further revealed that the community’s support was vital for the exchange’s survival, and that the rest of its Q1 profits will be invested back into growth so it can generate even more revenue next quarter. New features and new currencies were teased, but Zhao didn’t reveal a lot of details.

Interested in Binance’s relationship with the cryptocurrency community, and in its approach to China’s crackdown, CCN caught up with Changpeng Zhao to discuss how the exchange got where it is, his take on the current cryptocurrency scene, and more. Here’s the interview:

CCN: How did you first get into bitcoin? What did you see in the cryptocurrency?

CZ: I first got into bitcoin through a recommendation from Ron Cao, who was the Managing Director at Light Speed Ventures in China. That was early 2013. I also have known Bobby Lee for a few years then. Bobby just joined BTCChina at that time. I looked into bitcoin, and quit my 8 year-old startup shortly after that. It was clear then as it is even clearer now, crypto is the future.

Cryptocurrency have some clear advantages, and a few less shortcomings compared to fiat currencies. Having lived and worked in multiple places in the world including, Vancouver, Montreal, Tokyo, New York, Shanghai, and HK, I liked the borderlessness of crypto. Cryptocurrency is the true international currency.

CCN: Why did you decide to launch Binance?

CZ: This is an old idea actually. I had this idea back in 2013. I see two types of exchanges back then. There should be a handful of exchanges in each country, handling fiat to crypto exchange. There would be also be a handful of crypto-to-crypto exchanges around the world, handling pure crypto conversion. After I joined Blockchain.info, we discussed it at length. This vision has not changed much through the years.

After I joined Blockchain.info in 2013, we discussed this at length. But it was too early. There just wasn’t enough altcoins worth trading back then. The mission was to more people from fiat to crypto. After leaving OKCoin in 2015, we considered the idea again, but decided it was still too early. But now, the time is right.

CCN: How did China’s crackdown affect the exchange?

CZ: It affected different exchanges in different ways. Many Chinese exchanges were shutdown. Luckily, we were always registered outside of China, and we had our servers outside of China when the news came out. So we were not affected as much. In fact, we benefited a little bit due to less “competition” in the end.

CCN: What went through your mind when news about it came out?

CZ: There were rumors long before the official news came out. We had a feeling the news wasn’t going to be good, so we prepared ahead of time. And acted quickly. That turned out to be instrumental in handling the situation. Even then, when the news came out, and the enforcement of it followed through, I was surprised. I learned again it is better to be prepared than sorry.

CCN: Given the recent crackdown, how are ICOs and regulations going to mesh in the future?

CZ: I can’t predict future regulation changes. That’s a tough one. But one can logically expect people will adapt. They go where regulations are favorable. We already see many strong projects, talented people, and vast funds moving away from countries that’s unfavorable to countries that are. So countries with smart regulations will attract these and grow.

CCN: Do you believe China will resume cryptocurrency trading by licensing exchanges?

CZ: Again, I have no idea on this one. It’s hard to predict what the government(s) will do. Even a single government are made up of many different divisions and people. They each have their own view and agendas. It’s just hard to predict.

CCN: Where do you see Binance in the next five years?

CZ: To the moon, haha. I believe Binance is well positioned for explosive growth now. We got lucky that we grew quickly from the start, we got to a point where we could withstand the changes when that happened. In a sense, the changes wiped the slate clean, now we are off to the races. I generally don’t like it when startup team start out wanting to build eco-systems. So, we didn’t state much of those in our whitepaper, but we are in a strong position to do that. And we will do it quickly. We will be launching Binance Labs, an incubator for blockchain technology startups. I haven’t told anyone else before, you are the first. But feel free to publicize it. It will come very soon. We plan to build a strong eco-system in the next five year.

CCN: On a LinkedIn post you stated new features will be coming out. Can you give us a scoop?

CZ: Haha, that was a good teaser. They will come out soon enough, and everyone will know.

CCN: Is the cryptocurrency market in a bubble?

CZ: No, absolutely not. We have just seen how tough bitcoin’s price can with stand pressure. If you imagine any company stock on a fiat exchange, facing this type of pressure from the government, their price would have gone to 0 long long ago. The fact that bitcoin price stood high is a testament that it is not a bubble. In fact, it is extremely solid.

Now, are some of the ICO projects over hyped? Very possible. But this is project dependent, I think, not the overall market. You still need to select individual projects carefully.

CZ: We always have to support forks from a withdraw perspective. We will always ensure our traders have the forked coins, as they will probably have some value, no matter how small. We never rob our traders their deserved value.

As an exchange, we don’t control forking. The miners do. We have influence on what’s traded (ie, liquidity). We will decide what the trade using our standard review process. If the fork get enough interest, we will turn on the trading pair.

For us, we don’t have a philosophical view on which fork is better. Small blocks or big blocks, it doesn’t matter too much. If it was up to us, we simple want a fork that is not congested, low transaction fees and have many users.

CCN: Any info on when Binance’s decentralized exchange will be launched?

CZ: This is a mid term project. There are many implementations of decentralized exchanges out there. But we feel the technology has not got to a point for explosive growth yet. We are keeping a keen eye in this area though, and we strongly support other decentralized exchange initiatives. We listed 4 so far: AirSwap, Kyber, OpenANX and Loopring on our exchange. Binance have our own team working on some prototypes already, but there are still missing pieces technology wise, so it won’t be too soon. We want ours to come out with a bang, much like what we did with our centralized exchange.

CZ: Many people still have the misconception that Binance is a Chinese exchange. We are not. In fact, that’s the only market we don’t service at the moment. Binance has just got a few new offices in a few different locations. We are here to build a true international crypto exchange. I am bullish.