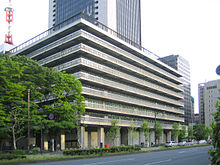 In an announcement this week, NTT Data unveiled details of the working group which will see 13 founding members unite to explore use cases for blockchain technology. The companies represent industries such as insurance, logistics and import & export trade, NTT data revealed.

Due to be established on August 30 with an official launch, the consortium is expected to last until March 2018. Its objectives include tackling issues in the lead-up to practical applications of blockchain technology, validating the feasibility of blockchain applications before planning a sweeping systemization of the innovative decentralized tech for the future.

Found among the 13 participating members are all three of Japan’s ‘megabanks’ in the Bank of Tokyo-Mitsubishi UFJ, Mizuho and the Sumitomo Mitsui Banking Corporation. The three banking giants are also investors in Tokyo-based bitFlyer, one of Japan’s largest bitcoin exchanges.

NTT Data’s effort to launch a new blockchain consortium only furthers its foray into the blockchain development space, having been one of thirty founding membersof the open-source Hyperledger consortium in early 2016. With over 100 members, the open-source Linux Foundation-led blockchain initiative is one of the largest of its kind in the world.

The launch of the new consortium also occurs during a time of other notable blockchain-related developments in Japan. The government of Japan is primed to test a blockchain powered platform for processing government tenders this year, foregoing traditional centralized IT systems vulnerable to cyberattacks and data theft. The Japanese government is also planning to unify all of its property and land registries from across the country into one viewable data record over a blockchain.