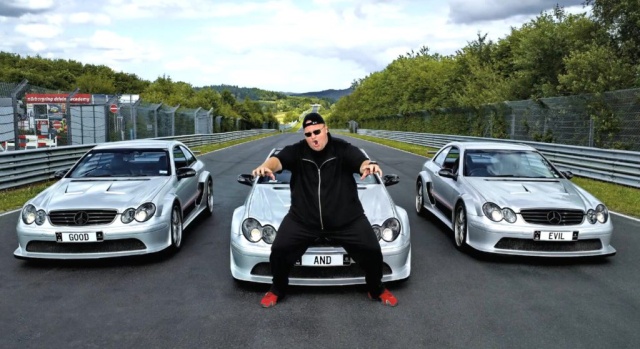 ‘New Bitcache Video Gives Preview to the Pull Requesting, Ad-Free Web’. Or maybe that’s a bad description. Bitcache really gives rise to a new paradigm of web usage. Similar to the Basic Attention Token, which has a browser to go with it, the idea of Bitcache is not that people don’t want to pay for content, but that it’s too difficult for them to do so, or in the case of BATs, actually dangerous in terms of computer security.

Even users who watch ads on purpose have no idea how little money actually arrives in the account of the content creator. Barring sites like CCN or Hacked.com, where you can be sure the author is a professional earning a paycheck for his content (we can’t even say the same for many other sites in cryptosphere), most people have no way to ensure that the content they actually want to support ever receives their support.

Now imagine if there were a better experience. Imagine you’re one of the millions of people who gets your daily content from YouTube creators. Imagine that everytime you watched one of your favorite videos, instead of sitting through an Ad, signing up for a premium service from which most of the money goes to the host corporation instead of the creator who draws you back, you can just voluntarily contribute an amount that is equal or more than they were previously getting from their advertising partnerships. Kim Dotcom’s Bitcache appears ready to roll, aimed strictly at YouTube videos (for now).

From previous descriptions of the service, we now have a much more complete and approachable concept. Specifically speaking of YouTube, when a user watches any video by creators they approve of, they can pay the content creator based on the creator’s wishes. The video above shows a prospective user having a choice of platforms, but the most advertised use-case yet has been in the above-embedded video, which shows how both viewers and producers would interact with it.

As Dotcom said in a previous interview, security is less of a headache because most people will not keep large amounts of money in their Bitcache wallets, only needing microamounts for each video producer. Pivoting to a video specialization automatically removes them from the flood of other efforts briefly herein mentioned.

In a tweet of the promotional video, Dotcom encouraged content creators who want to try Bitcache out early in a “beta partnership” to direct message him through Twitter.

If this thing takes off, plagiarism will become a more serious issue for YouTube than it ever has been before. It’s still unclear if transactions within the Bitcache system will be reversible, but judging by Dotcom’s design implementations on Mega.co.nz, it seems unlikely.

Whether you support the man or not, it’s inarguable that a lot of people have used Dotcom’s services over the years to profit from content they themselves did nothing at all to create. For the author this becomes an issue of morality more than it does of legality.

Massive leap from consuming without paying to stealing and then selling, in terms of damage done to the producer who took the risk or what have you. As a people we will suffer culturally if we promote or too enthusiastically foster situations which do not equitably compensate people for their efforts.

That we are interested in a Bitcache system at all illustrates that YouTube and the web 2.0 options for independent publishers aren’t getting the job done, either.

Plagiarism will be more problematic for YouTube and the rest of the intellectual property industry as content becomes easier and easier to monetize, because most cryptocurrencies are appreciating assets on the long-scale. So the longer an unjust situation persists (think advanced bootlegging instead of sampling), the more damage the victim will feel when they realize how much money was made from their work. As such, we can predict some interesting if not semi-dramatic news surrounding Bitcache and its rollout, but also, hopefully, a lot more independent media makers being able to connect directly to their audience.