Home Cryptocurrency Like It or Not: Public Companies Are Feeling the Crypto Mining Boom 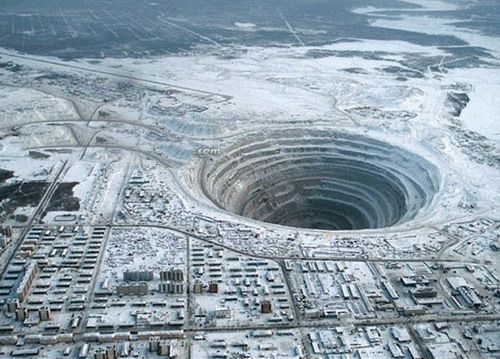 While cryptocurrencies may be back in the headlines, most public companies are today keeping any interest in the technology on the periphery of their business.

For tech giants Nvidia and Advanced Micro Devices (AMD), however, that is no longer an option.

So far in 2017, cryptocurrency miners have taken over the market for consumer graphics processing units (GPUs), using the devices to solve the cryptographic puzzles required by ethereum (and other “scrypt”-based cryptocurrency protocols) and claim their lucrative rewards.

Both companies posted eye-popping sales figures over the first half of this year, as miners exhausted online and in-store inventories. In response, Nvidia and AMD grew second quarter revenues year-over-year by 56 percent and 19 percent, respectively.

Apart from just a boost to the two firms’ bottom lines, though, this marks one of the first times cryptocurrencies have had a significant impact on the business of publicly traded companies – and the results seem positive. That said, the tempered reactions of both companies to the growth demonstrate something more could be festering under the surface.

“I don’t think these companies are happy. The volatility is tough to manage from a business perspective. Crypto for these guys is not their main focus.”

For one, the companies are facing criticism from shareholders and the investment community who don’t want to pay for what they see as highly volatile crypto mining revenue.

Should mining demand dry up, it might send share prices tanking – as happened to AMD in 2013 and 2014 after a collapse in the price of cryptocurrencies. For multiple quarters, AMD’s sales were adversely affected as miners dumped their equipment at low prices on the secondary market.

“The good news is that they’re selling more GPUs. The bad news is what happens if they stop selling to this particular community. Is that going to depress their sales and subsequently depress their share price?” said Jon Peddie, president of Jon Peddie Research, a market research group that tracks GPU sales.

The firm’s research reveals that AMD lost as much as half its share of the GPU market after the 2013 bust, a good reason for AMD chief executive Lisa Su’s focus on mitigating the risk incurred from the mining boom, rather than going all in.

Mitch Steves, an analyst with RBC Capital Markets, believes that AMD is fully aware that it is the market-share leader in mining products, and that its bearishness toward mining is a ploy to avoid appearing overexposed.

His estimates suggest that mining accounted for between 18 and 20 percent of the AMD’s $1.22 billion in total revenue for the second quarter.

“AMD is [by far the] better card to mine cryptocurrencies [with]. You’d rather pay [two times] the price for a Radeon 580 before you’d even touch an Nvidia card,” he told CoinDesk, adding that AMD will have a tough time enticing the investment community with that lead role in the mining market.

The key reason shareholders are unsettled by cryptocurrency mining is that companies aren’t able to quantify an exact amount of crypto-attributable revenue, which could then be factored into their valuations.

“They’ve got to find a way to track it better. If they could just say that ‘This is definitely all crypto,’ then the investment community wouldn’t view it as a nuisance anymore.”

One of the ways Nvidia and AMD are looking to do just that is by splitting the GPU market through the introduction of so-called “headless” boards, specifically tailored for mining customers.

Because these graphics cards come with no video display output, gamers won’t want them, so there’s no risk of miners flooding the secondhand market in the event of another downturn.

“Some of our [manufacturing] partners are … offering mining specific cards that have a different feature set, such that we’re really segmenting the market between gaming and mining,” said AMD’s Su.

Steves believes people are being overly pessimistic about the cryptocurrency boom, though, saying that AMD and Nvidia “made hundreds of millions of extra money that they probably wouldn’t have made.”

“I don’t think there’s ever going to be a point where they’re going to turn down money,” he continued.

Yet, the revenue opportunity has come with substantial headaches for GPU manufacturers as it relates to their core customer base.

With miners exhausting the supply of new GPUs within minutes and driving up prices on the secondhand market, managing inventory so as to not alienate core video gamer customers has proven a challenge. Video gamers who have been prevented from getting their hands on the latest GPUs, or priced out of the market altogether, have been less than thrilled by the affects of the mining boom.

“Those traditional base customers of the GPU companies are growling and grumbling because either they can’t get the board they expected to get, or they can get it but the resellers are jacking up the price because the demand is so high,” said Peddie.

Because the GPU companies must typically submit orders for new unit production at least 90 days in advance, they must be able to accurately gauge what the demand for crypto mining will look like in three month’s time – and that’s an extremely tricky proposition.

Guess too high and you have a massive oversupply filling up the warehouses; guess too low and you run out of product and infuriate your core customers.

And finding that number is still largely a shot in the dark.

“They’re saying ‘Let’s order 5 million more and hope that we got it right.’ If they don’t, they deny the base customers’ product, then the base customers are just going to walk away. And then, when this bubble stops, they’re left with no customers.”