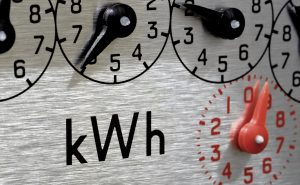 Netherlands power utility TenneT is taking part in a pair of blockchain trials over the coming months focused on distributed energy transfer.

TenneT – which is owned by the Dutch government and is a major utility provider in Germany – is working with companies in both of those regions to test applications of the tech. Underlying the tests is software from IBM, which is a member of the Linux Foundation-backed Hyperledger blockchain project.

The first test, in conjunction with renewable energy marketplace operator Vandebron in the Netherlands, will focus on electric cars, with blockchain acting as a distributed signal network for cars that plug into recharge. In Germany, a separate trial conducted alongside blockchain startup Sonnen eServices will see the two firms use blockchain to create a record of electrical contributions from a series of connected batteries.

For now, the trials showcase a potential avenue for “enabling decentralized flexible energy sources to play a role in the management of the electricity grid, according to TenneT.

“These pilot projects are part of TenneT’s broader strategy of preparing the electricity system to accommodate the growing volume of renewable energy.”

The trial is the latest sign that utility operators are looking at blockchain as a possible backbone for next-generation power systems, particularly ones that offer real-time data updates and mechanisms for more efficient distribution.

Other utilities are looking at uses in this area, and a number of blockchain startups have since emerged and developed possible applications.