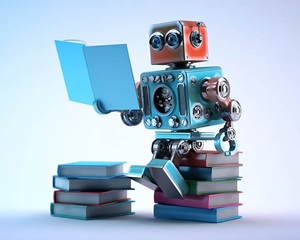 The government of Malta is advancing a project to test the feasibility of using Blockchain technology for the recording of academic certificates. The government has partnered with Learning Machine Technologies to advance the project.

Under the agreement, learners and workers in Malta can safely store their educational records and other credentials in one place, prove ownership of the records and credentials, and share them with anyone around the world for free.

According to Minister for Education and Employment, Evarist Bartolo, the project is a win/win strategy for the government.

“For the first time, Maltese learners have a way to keep track of their lifelong achievements in one place, with the flexibility to share them with whomever they choose at no cost. Maltese businesses will find that hiring workers with the right qualifications has gotten much easier. This is a win/win for Malta, whose skilled workforce is among the primary drivers of its economic success.”

Benefits of recording data in Blockchain

Because of its distributed nature and tamper-proof features, the use of Blockchain or distributed ledger technology (DLT) for the purpose of recording data and sensitive information is very feasible. When it comes to academic records and credentials, the technology will be very useful, as it can provide a digital version of a paper document that cannot be tampered with. Moreover, the technology can also facilitate the exchange of information among parties.

Under the Maltese government the first digital academic certificates will be issued in late 2017. Three Maltese institutions have already given their support for the issuance of the certificates.

Malta is one of the Blockchain-friendly countries in Europe, as it aims to become an ideal grooming place for the technology in the region by legalizing cryptocurrencies in casinos – an industry that has been concentrated in the country.

Meanwhile, the Kenyan government has partnered with technology firm IBM to advance a similar digital academic certificate project. It is, however, interesting to see if these projects will be successful, and if there will be more governments advancing similar initiatives in the near term.