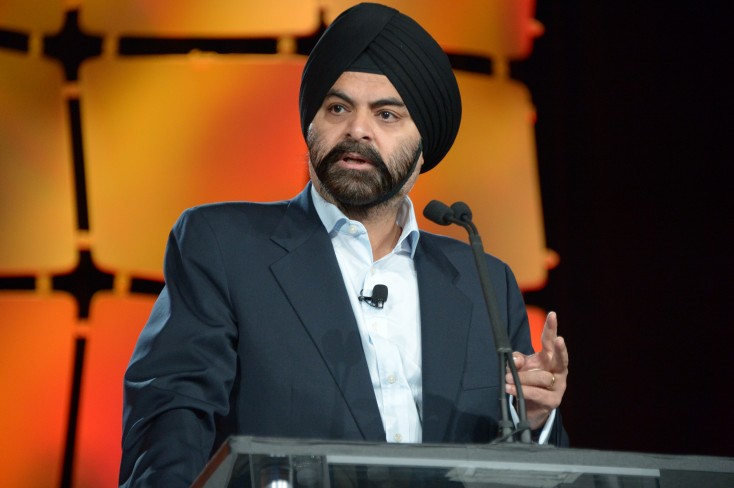 Ajay Banga, CEO of Mastercard, has leveled a scathing attack on any and all cryptocurrencies that are not government mandated, calling them “junk”.

Digital currencies are almost direct competition for a company like Mastercard, and when asked his opinion on the futuristic technology, Banga was not complimentary of how things stand at the moment.

Knowing that digital currencies are big disrupters in the traditional money market, traditional investors, and now even established money movers, have been scathing.

Banga was not totally against the idea of Blockchain-based money and tokenization, however, his big caveat was that it needs to be government backed.

Banga’s attack on Bitcoin brought up nothing new or visionary, spurting the usual concerns without much backing or research. He criticised Bitcoin for its volatility, and use-cases for illegal activities, such as ransomware attacks:

“If I pay for a bottle of water in Bitcoin, one day it is two bottles for a Bitcoin the other day it is 9,000 bottles. This does not work. Any currency needs stability and transparency, otherwise you will get all the illegal activities in the world. Why was the ransom for the virus (wannacry ransomware) collected in Bitcoin? Why has China cracked down on Bitcoin?”

Banga seems to be another bigwig who has a stake in the game, and thus is not happy to give up that piece of pie. He, along with traditional bankers and investors, are fearful of Bitcoin as it continues to break new ground and blow precedents out of the water.

The divide of big names on Wall Street seems to grow daily as those in the camp of Jamie Dimon, who called Bitcoin a ‘fraud’ continue to recruit those who seem to be more fearful than certain.

Meanwhile, there are those who are looking to profit, and those who are major backers, despite coming from traditional and closed-off investment channels.

“I get often asked why I‘m so skeptical about Bitcoin, it probably comes from my background as a central banker.”

Meanwhile, Brock Pierce, Chairman of the Bitcoin Foundation, is taking these knee-jerk reactions as good things.

“When the incumbent industry is making statements like this and acknowledging you…it’s a sign that what we’re doing is working…it’s a huge validation,” said Pierce.