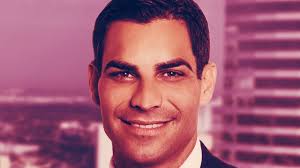 Mayor Francis Suarez says Miami’s doors are open to bitcoin miners in China.More than half of all miners are currently based in China, but a mass exodus is already underway. Where they’re going, however, isn’t yet clear.

Mining is the energy-intensive process which both creates new coins and updates the digital ledger of all transactions of existing tokens.

The mayor is looking to patriate this mining diaspora by promoting the city’s essentially unlimited supply of cheap nuclear energy.

“We want to make sure that our city has an opportunity to compete,” he said. “We’re talking to a lot of companies and just telling them, ‘Hey, we want you to be here,’” he said.

Bitcoin miners are location agnostic; all they need is a rig and a good internet connection. What varies place to place, however, is the cost of energy. And ultimately, what miners care about most is finding the cheapest source of power out there to drive up their profit margins.

That’s why Mayor Suarez, one of the most crypto-friendly politicians in the United States, is making big promises on the cost of doing business in Miami. Suarez has been a crypto believer for years, but he took the plunge into investing in bitcoin and ethereum once he saw the federal government pass a $1.9 trillion American rescue plan, because he “realized that what was inevitable – and already happening – is inflation.”

He emphasized the city’s reliance on nuclear power as a source of clean, inexpensive energy.