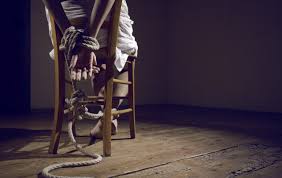 A British model who was drugged and held captive for a week in Italy where she was threatened to be sold on the dark web if her agent didn’t pay $300,000 has been set free.

The unnamed 20-year-old woman is reported to have been drugged with ketamine and put into a suitcase by 30-year-old Polish-national Lukasz Herba on 11 July, who resides in the U.K.

According to The Telegraph, the model was sent to Milan from Paris by her U.K. agent for a fake photo shoot with Herba posing as a photographer on 10 July. After she failed to return to the U.K., her agent alerted authorities on the 11 July after receiving the ransom demand.

Upon her arrival, Herba is alleged to have brutally kidnapped the model by drugging her and putting her body inside a suitcase before loading it into the boot. He then proceeded to travel to a remote house in Borgial, a small hamlet 120 miles from Milan.

She is reported to have been kept handcuffed to a wooden chest of drawers for a week. At which point Herba then dropped the model off at the British consulate in Milan.

Police investigations are underway to determine if the 20-year-old was kidnapped to be sold as a sex slave in a bitcoin auction on the dark web network known as Black Death. It’s believed that this group had previously been investigated by Europol.

Speaking to the Telegraph, Lorenzo Bucossi, the chief of the Milan branch of Italy’s state police, said:

Europol found traces of this group on the “dark web” a couple of years ago.

Police claim that there were three other cases of women being auctioned for sexual slavery on Herba’s computer; however, this was the only solid case of an auction they had found.

In an interesting turn of events, though, the woman was released after it was discovered that she has a two-year-old child.

In a report from the Corriere della Sera newspaper, the kidnapper is alleged to have said:

You have a two-year-old child and our rules exclude mothers.

Before being released the captor demanded a $50,000 ransom to be paid, stating:

You are being released with a warning.  You are certainly aware of your value on human slavery market. A mistake was made by capturing you.

You have agreed to pay outstanding costs of your release of $50,000. We expect that money to be paid in bitcoin within one month. Any sort of disobedience will result in your elimination.

Milan police arrested Herba when he accompanied the model to the British consulate. It’s not known if the ransom demand was paid. 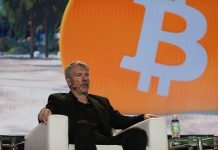 MicroStrategy has completed its $500 million secured notes offering and going to buy bitcoin.