Home Uncategorized Much Ado About Blockchain 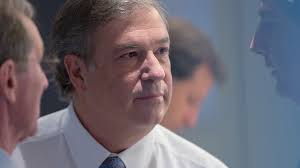 Simultaneously touted as a game-changer with the power to disrupt every industry and a goldmine for the innovators who develop the right commercial applications of the technology, blockchain initiatives are popping up left and right, causing many financial executives to ask the question: Do I need to care about this right now?

The answer is yes, but not for the reasons you might think. Surely, blockchain investment is red hot and product teams and marketers are vying to be seen as the next innovators in the space, but the finance department’s view is a bit more sober. It needs to know how this new technology could fundamentally change their organizations, and — more importantly — what kinds of real-world use cases are most likely to materialize so they can commit the right resources to the right places at the right time without getting caught up in blockchain hysteria.

Getting that perspective requires some baseline background on blockchain. While starry-eyed pundits have painted blockchain as everything from a replacement for conventional stock exchanges to a new distribution mechanism for digital music, most viable uses for the technology are decidedly more practical.

In its simplest possible form, blockchain is a digital platform for recording and verifying transactions. Because it is decentralized and theoretically lives forever digitally, the blockchain record provides a standardized accounting of all touch-points in any transaction. That means contracts, financial transactions, bills of lading, property titles, and tax filings that are the defining structures of our economic system could be seamlessly digitized and recorded forever in an open, distributed ledger.

Under the current system, a ragtag assortment of local governments, banks, and individuals around the world are responsible for maintaining records of land ownership. That’s why buying a house in the United States is a 60- to 90-day odyssey of title searches, redundant paperwork, and administrative fees. In the developing world, where many records of land ownership have either been destroyed by civil unrest, distorted by corrupt government officials, or simply never existed, the challenge is even more palpable.As such, some of the most compelling use cases for the technology being developed today involve land registry.

By creating a consistent, immutable record that cannot be distorted, blockchain’s value in this scenario is undeniable, and a number of companies and industry consortia are working on very real blockchain-based solutions. We’re seeing similar activity in the field of tax compliance, where governments and accounting firms are already using blockchain to audit and file taxes. In fact, Luxembourg has already begun developing a blockchain-based identity platform that will be used in everything from tax filing to regulatory enforcement.

These are the kinds of initiatives CFOs need to be watching closely because they are going to fundamentally impact major business functions and their related operating costs.

The fact that government authorities have become so active in blockchain experimentation means that we will soon reach a point where corporations will be expected to interact with those authorities using the distributed ledger technology. Whether through basic blockchain-based registration processes or more elaborate data-transfer protocols, corporations need to start thinking about whether or not their existing technologies and ERP systems can support this type of dialogue.

From a financial perspective, the C-suite also needs to think about the competition. Ultimately, the goal of blockchain is to reduce administrative costs. Companies that get out ahead, finding ways to practically leverage the blockchain to make their operations more efficient, will have an edge on their competition when it comes to annual operating costs.

There’s no doubt that blockchain has become a bit of a hype machine over the last few years, but some of that hype is warranted. While it’s easy to dismiss blockchain in its current form as an IT issue or a marketing buzzword that doesn’t really matter too much to the corporate bottom line, it’s more than that.

Now is the time for business leaders to start seriously considering scenarios in which their businesses could be disrupted by blockchain technology and put strategic investment behind strategies that allow them to pivot their business models to incorporate the technology rather than ignore it.

Brian Peccarelli is president of the tax & accounting business of Thomson Reuters.