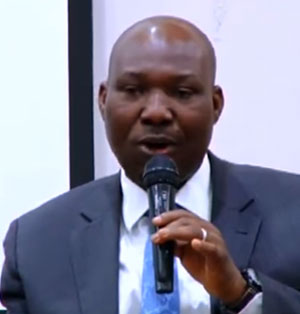 The Central Bank of Nigeria is said to be taking a closer look at blockchains and cryptocurrencies.

According to a report in The Guardian this week, Musa Jimoh, a deputy director at the country’s central bank, recently spoke at a cryptocurrency-focused conference in Lagos, Nigeria’s largest city. There, Jimoh indicated that the Central Bank of Nigeria is preparing a white paper on the subject.

Perhaps most notable, however, was how Jimoh framed the reason for the study, noting the central bank “cannot stop the tide of waves generated by the blockchain technology and its derivatives.” Such comments carry extra weight coming from the institution that oversees domestic monetary policy as well as banking sector regulation.

In his remarks, Jimoh also noted that the nature of the technology, which gives users autonomy over the private keys that access blockchain-linked data, enables the creation of forms of money that are “beyond restriction and confiscation.”

Elsewhere, attendees surveyed at the conference painted a generally positive picture of how the technology is progressing domestically. Other topics addressed included how blockchains can help move payments across borders, and the investment risks associated with the nascent technology.

Dr. David Isiawe, president of the Information Security Society of Nigeria, also spoke to the general consensus, when he was quoted as saying the technology is a reality that must be faced by the country’s leaders “whether we like it or not.”

Such comments also coincide with a growing acknowledgment of the technology in Nigeria, and the issues with a relatively immature market. So far this year, domestic regulators, the Central Bank of Nigeria included, have issued two warnings about the technology.