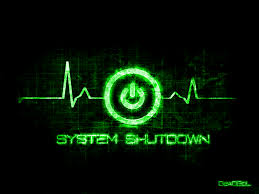 Protostarr has canceled its initial coin offering (ICO) after the U.S. Securities and Exchange Commission (SEC) opened an inquiry into the U.S.-based startup. According to the project, all Protostarr ICO funds will be returned to investors.

The announcement, which was communicated in a press release on the company website, reveals that SEC investigators contacted Protostarr on August 24 with questions about its ICO. The company’s platform intended to give crypto users an opportunity to invest in digital media celebrities on YouTube and Twitch and collect a portion of the channel’s advertising revenue.

On August 24, 2017, we were contacted by the United States Security and Exchange Commission regarding the initial coin offering of Protostarr tokens to fund the development of our Ethereum decentralized application. After consultation with multiple lawyers, we have decided to cease further operations and refund Ethereum collected in our crowdsale that began on August 13, 2017.

The press release also states that the company will return all Protostarr ICO funds to the Ethereum address from which they originated. Refunds began on September 2.

Protostarr CEO Joshua Gilson told Forbes that the startup had not consulted with a lawyer before launching their ICO and that it didn’t occur to the team that their ICO–which, unlike many crowdsales, was launched in the United States–would be subject to any special laws because of the startup’s location.

[The SEC investigators] called and asked for me to volunteer a bunch of information about the company. They gave me a quick little brief: They’re both federal investigators, anything I say has to be truthful or honest, I could be prosecuted for providing false information — a bunch of stuff like that, so immediately, I said, I would like to be open with you guys but this is sounding like an ‘I should get a lawyer’ kind of conversation.

After consulting with private lawyers, they decided to follow the advice of the SEC small business office and cancel the token sale.

That the SEC has begun contacting initial coin offerings directly is more confirmation that the agency is concerned about this nascent funding mechanism. Last month, the agency temporarily suspended securities trading for three publicly-traded cryptocurrency firms, citing questions about these companies’ statements regarding ICOs and blockchain technology. Earlier this week, several SEC executives stated that the agency has made ICOs a prominent focus, with one referring to ICO scammers as “roaches”.

Protostarr did not immediately respond to a request for comment, but in a BitcoinTalk post Gilson apologized to supporters and regretted that they had to cancel the project.

It is unfortunate though. We feel we had a novel idea that can help a lot of people, but because ICO’s are now on the SEC’s radar we would have to get a legal department hired on earlier than the plan, which we can’t afford to do while giving value to those who supported us. We are losing all the money we put into this, but want to make sure our supporters are taken care of. We will live and learn and start pushing forward as a team.

He added that “At least ETH is worth more now than it was during the campaign so everyone is getting more value back than they donated.”