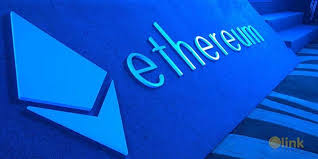 South Korean crypto exchange Upbit has lost cryptocurrency worth $49 million, the exchange has confirmed. Upbit’s CEO said in a blog post at 9:00 UTC on Wednesday that an abnormal transaction from its wallets had resulted in the outflow of 342,000 ether (ETH) earlier today. Read More

A new startup launched by a veteran of global bank UBS is entering the increasingly crowded field of platforms for issuing digital securities on a blockchain. Claude Waelchli left the Swiss bank, where he was head of portfolio advisory for global ultra-high net worth and institutional clients in July. During his 12 years at the bank, Waelchli explored the blockchain space and learned about digital assets in the process. Read More

The Federal Council of Switzerland — the country’s executive governing body — has called for a better regulatory framework for blockchain and distributed ledger technology (DLT) in the country. According to an official announcement released on Nov. 27, the Federal Council adopted a dispatch explaining its priorities for improving blockchain and DLT legislation. The proposal targets legal certainty in the sector, as well as eliminating barriers for blockchain-based applications and reducing the risk of abuse. Read More

Stablecoins have the potential to temper the systemic threats posed by the United States dollar’s domination of global foreign currency reserves, according to an opinion piece published by the World Economic Forum (WEF). The argument was made by the Fusion Foundation’s John Liu and Lapa Capital’s Peter Lyons in an article published on the WEF’s Agenda on Nov. 26 Read More