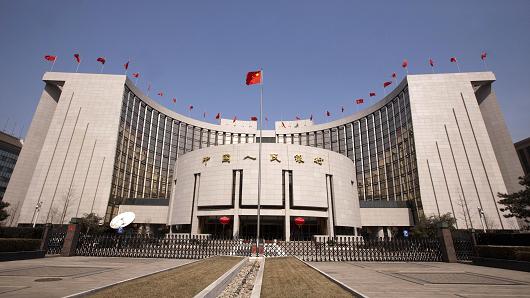 The Ripple price increased more than 10% on August 29 following news that the FinTech startup had hosted prominent officials from the Chinese central bank.

One tweet: that’s all it took to ignite the Ripple price and add $1 billion to the XRP market cap. On August 28, Ripple announced that they had hosted a delegation that included academics, industry leaders, and officials from the People’s Bank of China (PBoC), the nation’s central bank. The presentation took place at the FinTech startup’s San Francisco headquarters and purportedly focused on the “latest blockchain trends.”

Ripple has not tried to hide the fact that they would like to make deeper inroads into the Asian economy, and many people believed that last week’s conference reveal would include a major announcement about a partnership with an Asian bank or corporation. The Ripple price swelled leading up to the announcement but tanked after the details did not live up to investor hype.

Despite warning their residents to avoid cryptocurrency, the PBoC has quietly opened a “Digital Currency Institute” to research ways to digitize and transact CNY banknotes on a centralized, state-controlled blockchain.

Yesterday’s tweet was the type of announcement XRP investors were hoping for, and they responded by pumping the Ripple price by more than 10%. The Ripple price rose as high as $0.236, although it has since dipped to $0.220. Nevertheless, this represents a 24-hour increase of about 11% and gives Ripple a market cap of $8.4 billion. Ripple is now just $1 billion away from retaking the 3rd place market cap ranking from bitcoin cash.

However, investors should note that the fact that Ripple gave a presentation to Chinese officials does not mean the two parties will form a partnership. If the PBoC does decide to adopt blockchain technology, there is a strong possibility they will attempt to do it in-house.

Interestingly, however, there has not been much activity on Chinese exchanges; the highest-volume XRP/CNY pair accounts for less than $6 million.