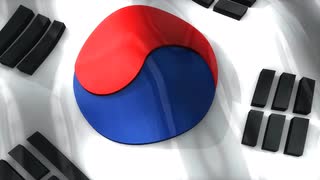 The price of XRP is up more than 40 percent in the past 24 hours, a move that comes amid a period of heightened volume in global cryptocurrency markets.

Data from CoinMarketCap reveals that of XRP – the cryptocurrency of the Ripple network – is trading between $0.23 and $0.24. Much of the trading volume, over $1 billion in the last day, has occurred on exchanges that offer Korean won trading pairs.

Bithumb accounts for roughly 44 percent of the global market’s activity at press time (reporting more than $500 million in volume), followed by Coinone and Korbit. All told, those exchanges make up just over 70 percent of the past day’s total XRP volume.

XRP’s price is still below the market high hit in May, when the cryptocurrency’s price exceeded $0.33. On the other hand, CoinMarketCap data indicates that the last 24 hours have seen the most volume recorded for XRP in a single day.

Other cryptocurrencies have seen in excess of $1 billion in trading volume, including both bitcoin and bitcoin cash. Bitcoin is trading at approximately $4,069 according to the CoinDesk Bitcoin Price Index (BPI), and bitcoin cash’s price is at an average of $635 at press time.