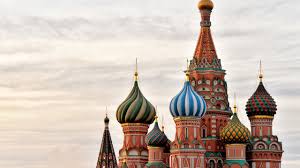 As local news portal Kommersant reports, the NSD is currently researching proposals to formally interact with crypto tokens, a source confirming interest in the project.

“The NSD along with market players is considering options in this field in light of regulatory initiatives,” the organization’s press service told the publication.

“As per our assessments, the technology behind the securities market has the potential to incorporate crypto assets.”

The joint plans involve the creation of a platform “allowing the introduction of digital assets (following token holder certification) and settlements, as well as for storing private keys and carrying out identification of wallet owners,” Kommersant continues.

Waves is to play a central role in the process, cementing its status in Russia’s still sidelined Blockchain development sphere.

“From a technical perspective the project is not hard to realize,” CEO Sasha Ivanov commented. “Much more difficult is the conceptual, organizational aspect.”

A lack of efficient legal mechanisms for allowing digital assets to operate at state level is the major issue, he added.

The mood in Moscow nonetheless contrasts with news from Russia’s second city St. Petersburg yesterday, where a court issued a ban on distribution of material related to cryptocurrency.

Along with forbidding “spreading of information” about Bitcoin, the ruling blocked access to an alleged forty exchanges.