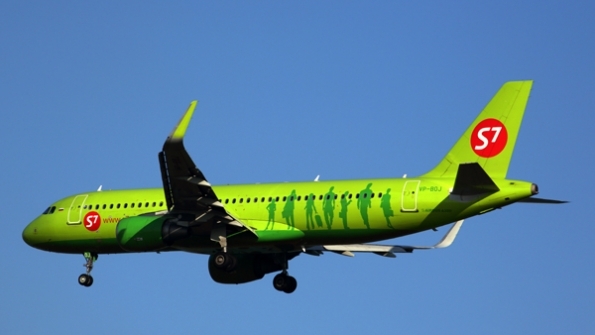 A Russian airline has announced that it is to use the ethereum blockchain to sell flight tickets with backing from the country’s largest private commercial bank.

In a report from regional newspaper Kommersant, Russian airline PJSC Siberia Airlines, known as S7, and Alfa-Bank begun the project of selling airline tickets on the blockchain on Monday. According to the bank, one of the key advantages of employing the technology was the process of faster payments.

Last December, it was reported that S7 had executed the first of its kind service payment using the ethereum blockchain smart contracts through a letter of credit with Alfa-Bank.

The announcement of this latest project between S7 and Alfa-Bank comes after Russia’s largest airline, Aeroflot, revealed that it had published a proposal for the introduction of digital currencies and technologies related to it into its operations.

In particular, the airline is considering the possibility of using cryptocurrencies for flight ticket payments. It will examine the demands for the currency as a form of payment in addition to the risks associated to the adoption of them on a larger scale.

The completion of the projects is expected by 10th December, 2017.

Meanwhile, while Russia appears to be looking at the blockchain with favor – in the past ethereum founder Vitalik Buterin is reported to have met Russian President Vladimir Putin – it is still considering its stance toward bitcoin.

In June, it was reported that the head of the Central Bank of Russia had stated that bitcoin was not to be considered as a currency, but that there were plans toward regulating it as a ‘digital asset.’

Elvira Nabiullina, the governor of the Central Bank of Russia, said that the authority was ‘analyzing’ the possibility of regulating the digital currency; however, before regulation could take place more research into the understanding of it would first need to be done.

Yet, she added that there were doubts as to the benefits that bitcoin could bring to the economy.

We don’t consider that bitcoin can be considered as a virtual currency. It’s more digital assets with the regulation of assets.