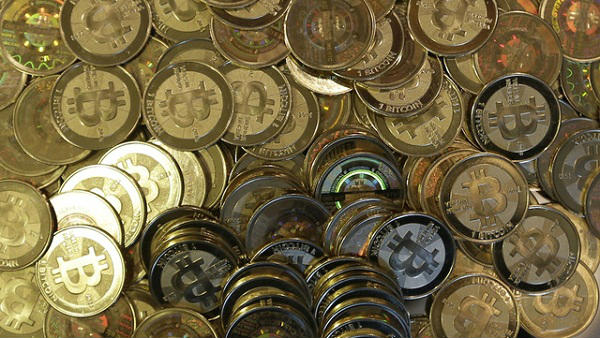 “Why do transaction fees appear unaffected?” asked one Reddit user.

Another posted an image of a man poking the word “SegWit” with a stick, saying, “C’mon, do something…”

Such comments, while sparse, have been indicative of the reaction some more casual bitcoin users have so far had to the activation of Segregated Witness (SegWit), a code change that went live on bitcoin last week after nearly two years of testing and debate.

Though the much-hyped technology is well-known for two things – boosting average block size and paving the way for a secure Lightning Network – when SegWit finally activated on August 23, the code change didn’t immediately make these benefits possible.

One caveat that some might have missed is that it will likely take some time before the technology has a noticeable impact on network capacity.

Even most “block explorers” (blockchain analysis tools used for browsing blocks and transactions) have yet to support SegWit, making it difficult to track just how widely used the new technology is so far.

SegWit.party tracks how many SegWit-style transactions are in each block, showing they have moved from roughly 0.5 percent of transactions to 1 percent per block over the technology’s six-day lifespan. Meanwhile, another graph shows the total block size.

SegWit hasn’t had any visible impact so far.

OXT.me, from bitcoin data analysis expert going by the moniker LaurentMT, tracks the total number of SegWit transactions made per day. Plus, it tracks some more granular data, such as the new “virtual block size.”

As evidenced by these graphs, too, there’s still a lot of room for adoption.

The role of businesses

So, why hasn’t the increase been bigger? Well, it’s up to bitcoin users and companies to incorporate and actually use the technology. Since most bitcoin users depend on a software wallet to send transactions, they need those wallets to add the technology before they can use SegWit.

And while as many as 141 bitcoin companies have at least pledged to do so in the future, their technology isn’t necessarily live. Some wallets are waiting to add support for the technology for security reasons; developers argue that it’s safer to test the technology further once it’s live before they open it up to users.

“Using SegWit before the activation is buried is unsafe and could lead to funds loss if miners behave maliciously,” Blockstream CTO Greg Maxwell, a leading contributor to Bitcoin Core, argued, adding that leaving it out of the wallet’s graphical interface was an “intentional decision.”

However, he went on to add that developers can use the command line to make SegWit transactions today.

Consumer and business wallet support is trickling in. Wallet infrastructure startup BitGo (which supports a number of exchanges and wallets) is in the midst of making changes, while consumer wallets Ledger and Trezor already support the technology.

The question, though, is how quick will they be? Where this all might get problematic is it remains to be seen how long various network participants will give the network to adopt SegWit before flaring up old debates.

One issue is how easily manipulated bitcoin’s capacity issues have been. Even after months of campaigning on the idea that SegWit would redefine how block size is calculated, there remains a contingent that believes this metric is key to scaling.

Some developers anticipate an average block size of about 1.7MB. Others argue that because of miner incentives, it could average out to about 2MB. Further, there are those who believe if all transactions migrate to the standard, 4MB is possible.

But, frustrated by years of inactivity, some network stakeholders may view the changes as too slight to spur bitcoin’s continued growth.

Already, some bitcoin businesses are floating this argument, backing a controversial plan to hard fork the network again in November to increase the hard-coded block size. (Its lead developer, Bloq CEO Jeff Garzik, has already set the stage for what could be a full-blown offensive using this argument in the coming weeks and months).

Looking ahead, the charts above might prove to be a key battleground. While SegWit remains in a grace period, with users hoping adoption will increase, it remains to be seen how likely this calm will persist, and if more debates will follow.