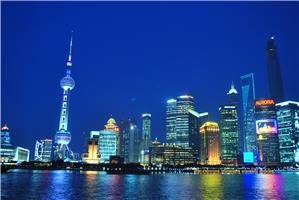 On Sept. 4, the People’s Bank of China (PBOC) issued an official announcementexplaining that ICOs are a form of public fundraising that are yet to be approved, and illegal. It called for all ICO activities to be stopped immediately. Later on, the government of Shanghai city and Shanghai municipality, as well as Shanghai PBOC headquarters called for all digital currency trading platforms to stop trading by Sept. 30. Subsequently, the Shanghai government would supervise refunding activities to ensure that investors could get their funds back.

More than 90 percent of ICO projects have been verified and refunded. In order to ensure a smooth operation, the top management of these platforms are asked to stay in Shanghai to cooperate with the refunding activities.

Some investors are refusing refunds, one of the main reasons being that the launched ICOs are being traded overseas, and the investors believe they are entitled to own the tokens. Moreover, the prices of the tokens are increasing, so investors do not want refunds at the same price as when the ICOs were first launched. Regarding this, Shanghai regulators explained that the core principle is to protect investors’ rights and benefits. They urge for the investors and platforms to communicate better.