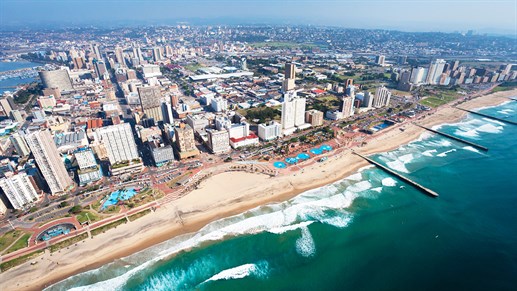 has topped the world for Google searches for ‘Bitcoin,’ over the last month according to data from Google Trends.

Journalist and commentator Kyle Torpey uploaded the findings to Twitter, which showed the country to be nine percent clear of the number two spot Slovenia.

The reasons for South Africa’s dominance were not immediately clear, with well-known figures from the cryptocurrency industry and beyond providing different explanations.

Chief among them were the declining currency the Rand, the popularity of ‘South African Coinbase’ Luno and a population seeking safe haven investments to avoid the fallout from political uncertainty.

“We see an increase in interest — mobile app downloads, new customer sign-ups and trading — correlated to some external events,” he explained.

“The first is volatility — when the price goes up or down, more people are buying and selling. That said, when the price moves up, people tend to revisit the idea of buying a small amount of Bitcoin, something they may have considered sometime in the past. We also see more press coverage during these times.”

“When there is a nosedive in‚ say the exchange rate for the Rand‚ you’ll often notice a downtrend in other industries like the stock market or the housing market,” Van Rooyen said at the time.

“Bitcoin has been found as one of the assets with the lowest correlation to other asset classes.”