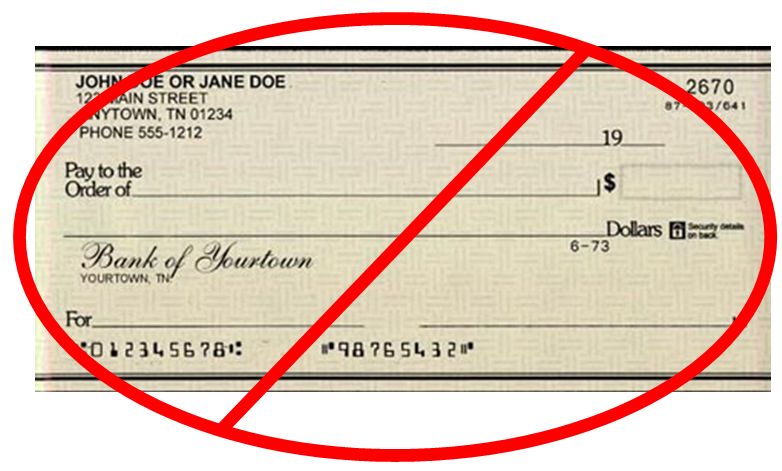 How many of us know the feeling of procrastinating on making a change because it hasn’t become untenable to stay where we are?

I had a few friends telling me about Bitcoin and Blockchain technology. It sounded fascinating. Exciting, even.

But I couldn’t see what it had to do with me.

I even had a business associate who was really getting on me about setting up a Coinbase account, and routing it to my bank so I could receive payment in cryptocurrency.

“It will matter someday,” he said.

Someday, dear reader, was just the other day.

An act of kindness sabotaged by bureaucracy

I recently had the unfortunate and all-too-familiar experience of car trouble.

A well meaning relative of mine made the kind gesture of cutting me a check in case any portion of the damage wasn’t covered by my insurance.

I was touched by her generosity, and found her offer rather prudent: I immediately went to deposit the check.

Fortunately, her and I use the same major bank. When I put the check into the ATM, I expected at least some portion of the amount to be available before the rest of it was cleared.

Fair enough, I thought. It’s a Friday evening, an hour after the branch has closed. No reason the full amount shouldn’t be available by 9am Monday morning, right?

Wrong. Not one cent of it, transferred between two accounts within the same bank, had made it over.

Don’t take “no” for an answer.

I went into the same branch where I had deposited the check in person to see what could be done.

I was told that there was a hold placed on the check. When I asked why, they provided general reasons why holds may be placed.

When I asked why a hold was placed on this specific check, when both accounts belonged to the same bank, I was told that information was unavailable.

I asked the banker to try to look into expediting the process. She made a phone call while I waited, and informed me that there was nothing they could do. It would take another full day.

Let’s review: I deposited a check on a Friday. Between two accounts held in the same bank. No middle-men involved in moving the funds. And it would be unavailable until Tuesday.

I found this altogether unreasonable, and decided to make a phone call myself, while still in the presence of the banker.

I  briefly spoke with an operator who quickly transferred me to a specialist. After something like 4 minutes, she told me that the hold had been cleared, and that the full amount of the check was available in my account.

I wonder who the banker called?

I waited from 6pm Friday to 9:30am Monday, for the amount on the check to make its way into my account.

That’s 63 hours. I’ll just leave off the thirty minutes for the sake of simplicity.

If I had been sent the funds via cryptocurrency, I would have received the money, in full, in a maximum of thirty seconds.