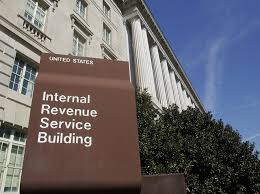 There’s a common misconception among both legislators and the general public that bitcoin is an untraceable asset used exclusively by drug dealers, terrorists, and other maleficent groups. The truth is, with time, the right software, and the strong arm of the law, it’s often possible to put a name to a seemingly-anonymous bitcoin address.

Since 2015, the U.S. Internal Revenue Service (IRS) has been using bitcoin transaction analysis software developed by Chainalysis to “trace the movement of money through the bitcoin economy,” according to contract documents obtained by The Daily Beast.

The contract, which was revealed following a Freedom of Information Act request, details the lengths to which the IRS is willing to go to prevent U.S. residents from using cryptocurrency to evade bitcoin tax obligations.

Specifically, the IRS has paid Chainalysis more than $88,700 for access to its anti-money laundering software. The company’s “Reactor” software, for instance, is marketed as an “interactive investigative tool” that organizations or law enforcement agencies can use to “track, apprehend, and convict money launderers and cyber criminals.” From the Chainalysis website:

Through formal partnerships with Europol and other international law enforcement, our investigative tools have been used globally to successfully track, apprehend, and convict money launderers and cyber criminals.

While blockchain-tracking software such as Reactor does not explicitly reveal the identity of bitcoin address owners, it provides them with a powerful tool to track coins as they move from one wallet to another. Once the coins are transferred to an entity subject to AML/KYC compliance–such as an exchange–law enforcement could obtain and issue a subpoena to the exchange to find out the customer’s identity.

In the case of a criminal network, law enforcement would then have clues about the owners of bitcoin addresses that had interacted with those owned by the now-unmasked individual.

The revelation that the IRS has been using bitcoin-tracing software since 2015 comes as the agency is embroiled in a legal dispute with Coinbase over whether or not the U.S.-based bitcoin exchange will have to reveal customer identities and other personal information of suspected bitcoin tax cheats.

As bitcoin adoption grows–and the bitcoin price continues to progress to record levels–the IRS increasingly wants to make sure U.S. citizens are subject to the “bitcoin tax.” Despite IRS guidance that bitcoin is subject to income and capital gains taxes, the agency claims that only 802 people declared bitcoin profits or losses on their 2015 tax returns.

University of Surrey computer science professor told the Daily Beast that revelations such as this will likely further encourage the growth of anonymity-centric cryptocurrencies such as Dash, Monero, and Zcash:

Those who are actively seeking to avoid tax, especially large amounts of tax, will move onto the next cryptocurrency that is not susceptible to the current tracking tools.

Within the past week, both the Dash and Monero prices have reached all-time highs. At present, Dash–the 8th-largest coin–is trading at $293 while Monero, ranked 11th is priced at $92, according to CoinMarketCap.