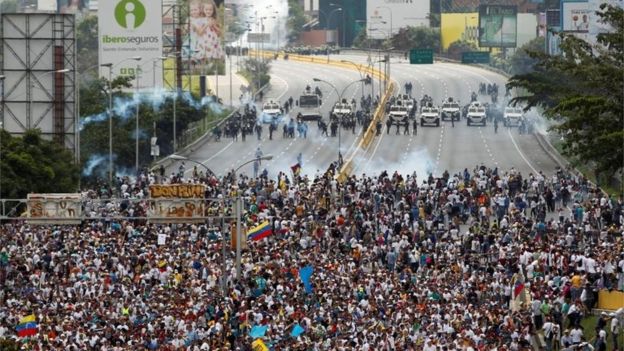 An increasing number of Venezuelans are shifting to mining digital currencieslike Bitcoin so that they can afford to buy their basic needs and survive due to the current hyperinflation being experienced in Venezuela as of late August 2017. Another reason for the shift is the affordability of mining due to the low cost of electricity in the country.

According to a report by The Atlantic magazine, Venezuela continues to suffer its worst meltdown in its history, with skyrocketing inflation and very short supply of basic necessities. To survive the situation, a growing number of people have taken to Bitcoin mining as it becomes more affordable than most of the basic goods in the crisis-hit nation.

In Bitcoin mining, miners perform complex computations that lead to the creation of new links in the Bitcoin Blockchain using computer hardware, which needs a large supply of power during the process. In return for their work, miners are rewarded with a new Bitcoin token. Blockchain is the massive decentralized ledger technology that underpins Bitcoin.

Based on the report, a Bitcoin miner who runs several Bitcoin mining devices in Venezuela can earn around $500 per month. In the country, the amount can already feed a family of four and buy basic goods like baby diapers or insulin from abroad.

As a result, government authorities have started to crack down on mining operations because it is considered illegal in the country.

Venezuelan police are arresting miners on “made-up” charges due to the absence of cryptocurrency laws that regulate mining. The crackdown, however, has prompted many miners to operate very discreetly, while others are reportedly turning to Bitcoin’s rival Ethereum and Zcash for bigger and much more sustainable profits.