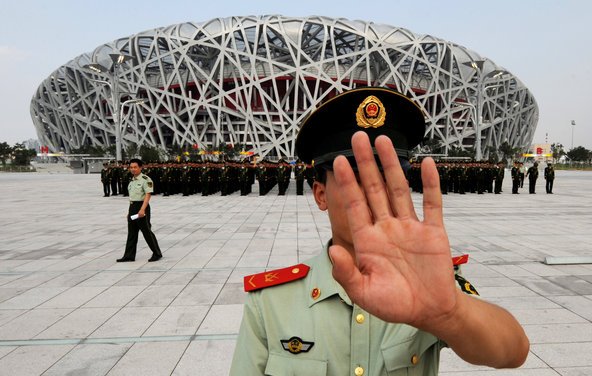 China’s cryptocurrency ban could be a temporary move to appease international agencies and certain communist party members ahead of the upcoming Communist Party convention, according to Panos Mourdoukoutas, an economics author and professor at LIU Post in New York, writing in Forbes.

Mourdoukoutas observed that China’s government and major banks are threatened by bitcoin’s existence. The banking system stands to lose its relevance when bitcoin is able to replace the Chinese yuan for regular transactions and when the cryptocurrency becomes a money asset.

In the near term, the bitcoin economy is too small to threaten Beijing and its banking system. Hence, another motivation is behind the ban, Mourdoukoutas noted, such as the government’s need to show international agencies like S&P Global that it controls the country’s financial system and credit conditions.

Had this been the government’s aim, however, it did not work as S&P downgraded China last week.
S&P downgraded China’s sovereign credit rating in a rebuke of Beijing’s recent regulatory fight to curb systemic risks. S&P triggered the downgrade after concluding that Beijing’s “de-risking” efforts aren’t moving fast enough to cool credit growth.

S&P analysts continue to see corporate-sector credit at 9%, which is higher than the desired ratio. The U.S.-based credit rating agency said China’s deleveraging efforts are likely to be “much more gradual than we thought could have been the case early this year.”

The downgrade occurred weeks after Beijing began its regulatory assault on cryptocurrency. While the downgrade might not have been caused by those actions, banning bitcoin clearly hasn’t been enough to improve China’s image in the eyes of regulators.

Another motive for the ban could be the upcoming 19th Communist Party Convention, where hard core party members will question the party leadership about innovation threatening the party’s control of the economy.

The government has attacked innovations in the past, Mourdoukoutas noted. In 2011, shortly before the 18th party convention, the leadership attacked Variable Interest Entity (VIE), the country’s corporate structure, which allowed companies to list shares on U.S. exchanges via “reverse mergers.” U.S. regulators also scrutinized the strategy because of accounting irregularities.

Prices continued to trade comfortably north of $3,900 at the start of Tuesday trading. Prices shot up nearly 7% on Tuesday, according to Bitstamp. The BTC/USD was last seen trading at $3,909.00, where it was little changed from its previous close.