Home Cryptocurrency Bitcoin Why Investing in Bitcoin in 2017 Has Been & Will Be Best... 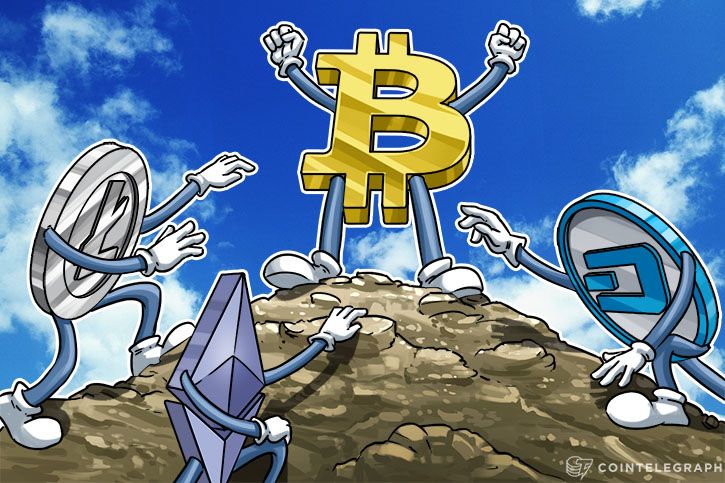 Bitcoin price has outperformed every reserve and fiat currency across the world year to date, yet again. By outperforming the US dollar by over 30 percent, Bitcoin surpassed the growth of the Mexican Peso, Silver, Gold and Russian Ruble to become the best performing currency so far in 2017.

According to a chart provided by Bitcoin data analyst SG Kinsmann, Bitcoin price outpaced other currencies and safe haven assets such as gold and silver with significantly wide margins, with the Mexican Peso and Silver, the third and fourth best performing currencies and assets year to date barely achieving a 12 percent change against the US dollar.

Thus far, 2017 has been a successful year for both Bitcoin investors and alternative cryptocurrency (altcoin) traders, with leading altcoins or crypto assets such as Ethereum achieving a $5 bln market cap in early April.

In January, the market cap of Ethereum fell short of $1 bln. Within four months, Ether price, the native token of Ethereum, increased by over five times.

The growth of Ethereum can be attributed to the formation of the Enterprise Ethereum Alliance and its growing development community participated by large-scale corporations, organizations and businesses.

The Bitcoin market, however, experienced some major changes in its ecosystem earlier this year.

To begin with, the Philippines and Japan legalized Bitcoin and its businesses in their respective regions. The Indian government announced the likelihood of a regulatory framework for Bitcoin being implemented by as early as May. Some of Japan’s largest retail giants including Bic Camera, which hold a massive influence over the Japanese technology and consumer markets, began to accept Bitcoin payments at their locations.

The major driving force of Bitcoin price in 2017 is suspected to be the resolution of the Bitcoin network’s current scalability problems. The Bitcoin network’s one MB cap on block size is causing Blockchain congestion, a drastic increase in fees at times and long confirmation times.

If Bitcoin scalability issues are addressed within this year, with innovative solutions such as Bitcoin Core’s Segregated Witness (SegWit), Andrew Lee’s Extension Blocks or other potential emerging solutions, Bitcoin price will most likely demonstrate an exponential mid and long-term increase.

If the conflict between banks and Bitcoin exchanges are addressed, Bitcoin scalability issue is solved and mainstream adoption in Japan, India and Philippines continue, Bitcoin price will likely demonstrate an exponential mid and long-term growth.