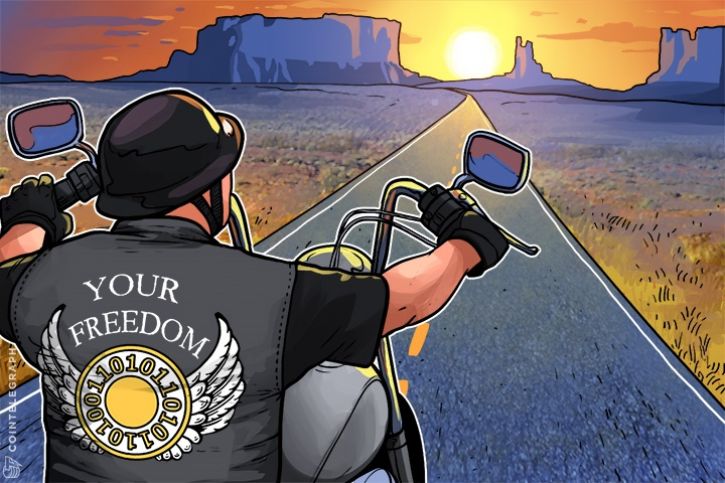 Before Blockchain technology was invented, there were very few options if you needed to store value. You could either buy a safe and keep your valuables there – gold, jewelry, bank notes – or trust a third party like a bank, to do it for you. The modern banking system – the fractional reserve system –  only works if depositors leave their funds in their bank accounts. It is the most convenient, and until recently the most secure way to keep your money.

What do you get in exchange for leaving your money at the bank? You get close to a zero percent interest rate on your deposits and you have to pay fees to do pretty much everything, all the while mortgage rates are at three to four percent in the US. Not only that, but credit card companies charge you a 20 percent interest rate if you don’t pay the full balance at the end of the month, and most people think it’s totally normal because it’s all they ever knew. This is about to change.

The amazing thing about cryptocurrencies is that even though you still need to go through a centralized exchange – for now – to buy cryptocurrencies, you do not have to leave them there once you’ve bought them; you can withdraw them to your own wallet. Exchanges have always been the weakest link of the whole cryptocurrency ecosystem; they are notorious for being prone to hacks. The biggest was the Mt Gox hack in 2013 – 2014, when more than 750,000 of its customers’ Bitcoins were stolen ($470 mln at the time, more than $5 bln at today’s price).

Since then, more hacks happened although none quite as dramatic as the Mt. Gox one. These hacks are responsible for one of the greatest misunderstandings between Bitcoin – and cryptocurrencies in general – and the public: cryptocurrencies are not safe. So let’s set the record straight: the Bitcoin Blockchain itself has never been hacked and no existing technology can do it for the foreseeable future (the main threat in the distant future is quantum computing). The issue for many people is that the mechanics of the banking system are so ingrained in their brain they don’t understand that with cryptocurrencies you do not need a third party to hold your funds, you can do it yourself.

Get your coins in cold storage

When you leave your coins on an exchange, you do not actually own them, you have an “I owe you” from the exchange for the number of coins you have there. The exchange owns them on your behalf. This means that once again you are back to the old system where you have to trust a third party with your money. The safest way to store your coins is actually to store them in your own wallet. It can take the form of a paper wallet you can generate here, where you will have your public key (to receive coins) and a private key (to send coins). There are also hardware wallets such as those made by Trezor or Ledger. When you send your coins to one of these types of wallets, you store them in “cold storage,” meaning that you store them offline.  You do not actually store any coin there – they are still on the Blockchain – but you store your private keys. The hardware wallet option is more secure as you never have to reveal your private keys; they are encrypted on the device and they are only used to sign transactions when required – when you want to send your coins. My personal preference goes to Ledger, not only because it is a French company (I’m biased here), but also because they have demonstrated an outstanding level of customer support. When the Bitcoin Cash hard fork happened on Aug. 1, they were among the very first to make the this new altcoin available to users.

The beauty of controlling your own private keys is that while exchanges can be hacked or shut down by governments and your assets and bank accounts seized or frozen, nobody can touch your coins. There is just no way this can happen if you take the right precautions. I already hear some of you whispering “money laundering” or “bypass capital controls.” While this is possible with certain cryptocurrencies (Bitcoin is ill-suited for that as all transactions are traceable), they offer a level of protection of your wealth that was unimaginable until Blockchain technology was invented. Go ask the people waiting in line in Zimbabwe to get their deposits out of the banks what they would think about not having to rely on a bank to hold their wealth…

A game changer for the unbanked and developing countries

Did you know that more than 2.5 billion people do not have a bank account? This is either because they are too poor to qualify, or because they do not have access to a local branch, or simply because they believe that they have no use for it. When you do not have the ability to save money, you are most likely forever trapped in poverty. Even if you manage to save a few bank notes every month, inflation destroys most of the value over time, especially if you live in a country that does not have a particularly strong currency. Look at the performance of fiat currencies in Africa and in South America over the past decades – it’s appalling.

Now for the first time in history there is a way to store wealth without relying on any third party, to be shielded from corrupt or incompetent governments, catastrophic monetary policies, and that you can send in seconds across the globe. If you stop looking at cryptocurrencies through the lense of developed countries you quickly realize that even though cryptocurrencies may be very attractive in developed countries, it is nothing close to the potential for disruption in the developing world.

While much of the talk is likely going to focus on Wall Street and investors in rich countries for the foreseeable future, make no mistake – people in developing countries will leapfrog to cryptocurrencies just like they leapfrogged to cell phones without going through the landline phase. This is yet another reason to be optimistic about cryptocurrencies.

Vincent Launay is a finance specialist at the World Bank in Washington DC. He holds an MSc in Finance from HEC Paris and a CFA charter. The views and interpretations in this article are his own and do not necessarily represent the views of the World Bank or Cointelegraph. 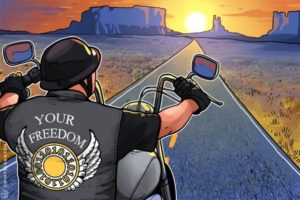